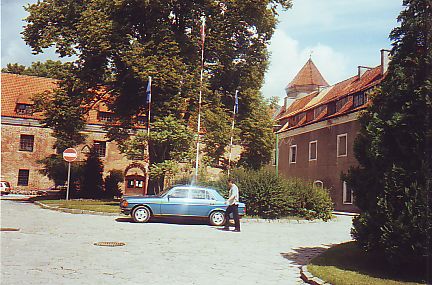 Pasłęk is located in the Warmia countryside, southeast of the larger city of Elbląg, in the Warmian-Masurian administrative region, here referred to as Mazury. This northeastern part of Poland is known for its wealth of waterways, such as lakes, rivers and canals.
The city was founded at the end of the 13th century. adjacent to the castle built by the Crusaders after the occupation of the ancient Prussian settlement named Paslok. The first settlers were Dutch called by the Crusaders. The city acquired commercial property rights in 1297. Pasłęk has during various historical periods been part of the Crusader State, the Polish State and Prussia. During World War II, 80% of the city was destroyed. From 1945, Pasłęk is a Polish city. 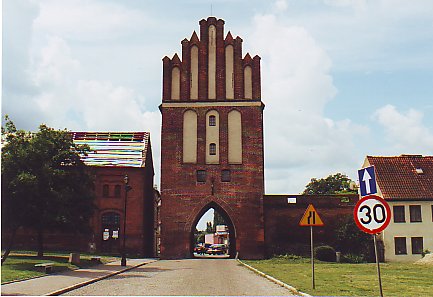 Crusader fortress.
The most valuable building monument in the city is the Gothic Crusader Castle (at St. Wojciech Square), built in the 13th-14th century. and remodeled in the 16th century. The building is now reconstructed after the devastation of the recent war. In one of the wings surrounding the courtyard, there is a church that was decorated there at the end of the 17th century.

City Hall Building.
Near the castle, by ul.Chrobrego, stands the old Gothic town hall from the 14th-15th century, which, like the castle, was rebuilt after the war (1960). The building is decorated with an archway, supported by columns and gables in the late Renaissance style. 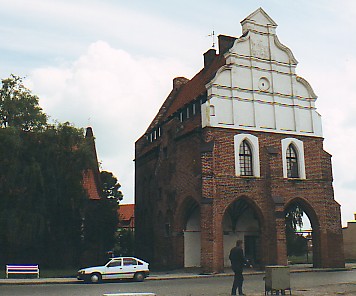 Saint Bartłomiej Church.
At ul.Dąbrowskiego is the Gothic Saint Bartłomiej church dating from the 13th century, which has been rebuilt several times. In the church is the main altar, made by woodcutter Jan Riga of Królewiec (Königsberg, Kaliningrad), the baptismal font from the end of the 16th century. as well as the Baroque-style pulpit and organ from the first half of the 18th century. 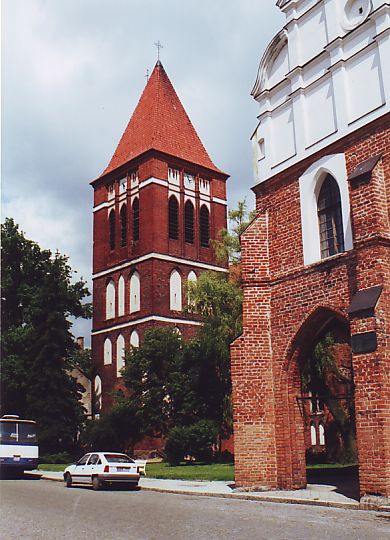 Bartolomew Church Church with the Old Town Hall on the right

The city wall.
Around the old town, the city wall extends from the transition between the 13th and 14th centuries. with two gates, called the Mill Gate (Brama Młyńska) and the Stone Gate (Brama Kamienna). Originally there were 3 city gates, the third was demolished in the 19th century. 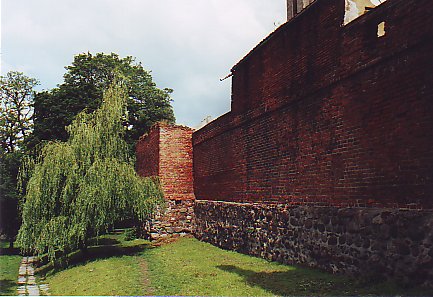 The Evangelical Church.
Just outside the city wall stands the tree-built, Gothic, evangelical church that emerged in the second half of the 15th century. as a hospital church.

forests:
Southeast of the city is a forest reserve with old oak trees, some of which are over 250 years old.
waterways:
From Pasłęk there are only approx. 8 km southwest to Canals and other waterways in northeastern Poland , e.g. to the tug at the village of Jelonki. The canal connects Elbląg and Ostróda. 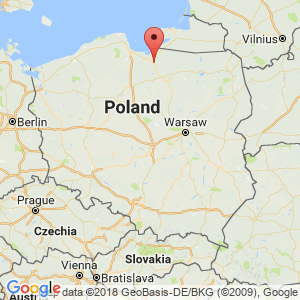