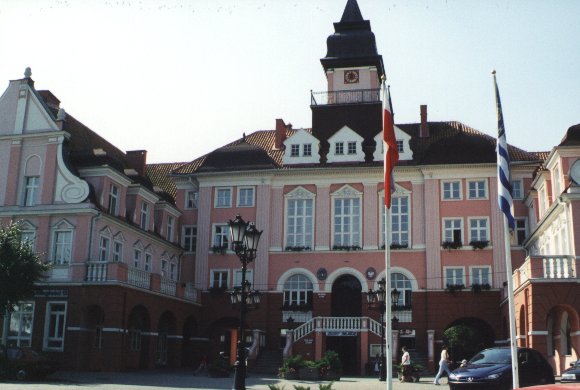 Iława with approx. 34,000 inhabitants (2003) is an administrative and commercial center with a considerable catchment area.
The city is located by the Jeziorak Lake, which is the longest lake in Poland (27 km). North of the city stretches the beautiful landscape park “Park Krajobrazowy Pojezierza Iławskiego”.
Iława was founded in 1305 by the Crusader Order. The city originated at the site of a former Prussian settlement.
The 18th century was the time of development for Iława. Migrants flocked to the city, which was on the trade route from Gdańsk to Warsaw as well as to Grudziądz and Malbork. In 1772 there were 924 people living in Iława and already 10 years later the city numbered 1045 inhabitants.
In the 19th and 20th centuries. follows a further development.
In accordance with the 1918 Treaty of Versailles, which was to form the basis for a new division of Europe, a referendum was held in the Warmia and Mazury regions, resulting in Iława coming under Germany as part of East Prussia.
On January 22, 1945, after fierce fighting, the city was conquered by the Soviet army. The result of these fighting actions was unfortunately also a destruction of approx. 75% of the city area. The city is now rebuilt and is one of the most beautiful tourist centers for water tourism in Poland. 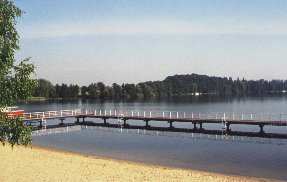 After the devastation of the war, only a few of the original building monuments remain in the city.
However, it should be mentioned:
The Gothic church building from the 14th century. with a rococo-style main altar and tower and church bell from 1740.
The town hall, which is a neo-Baroque building from the 19th century.

Szałkowo (6 km to the north) is an old fishing village which has to date retained its original rural character and which has considerable tourist values. For many years, Szałkowo has been an attractive resort. Here you will find several boarding houses and jetties for boats.
Siemiany (24 km to the north) is a picturesque settlement surrounded by forests, in the center of the park park Krajobrazowy Pojezierza Iławskiego, on the western shore of Lake Jeziorak. The place is much visited by tourists in the summer. There is a harbor for the many sailboats – which sail on the lake and sail out to the numerous small islands in this part of Jeziorak – and for fishing boats.
Jerzwałd (31 km to the north) is a small village on Lake Płaskie (“Fladsø”). Since 1994, this village has been the seat of the management of the Pojezierze Iławskie (Iława Lake Landscape) and Wzgórza Dylewskie (Dylewo Hills) landscape parks. The botanical garden, which is located at the park center, as well as the extensive knowledge of nature and the forest animals possessed by the staff there, encourage many to visit Jerzwałd and relax in nature's lap.
Szymbark (9 km to the northwest). A village on Lake Szymbark, first mentioned in 1378 as a castle village. In the park stands the ruins of the castle of Szymbark, a Gothic building originally belonging to the Pomesanian Cathedral. In terms of size, the castle remained only for the castle in Malbork. It contained approx. 6,000 m2 and had 12 towers (some of them rebuilt), each of which had its own design. In 1946, the castle burnt down. After the war, two attempts were made to raise the castle of the ruins. Only in recent years has it been partially rebuilt. The entrance to the castle is via an arcade bridge.
In November 1995, however, the castle ruin in Szymbark was finally appreciated, as scenes for the German / French / English film“There Unhold” with John Malkovich was recorded here, directed by Volker Schlöndorff (creator of “The Tin drum”). Szymbark was then turned into a battlefield from the end of World War II and many of the villagers participated as recordists in the recording.
Besides the ruins can be mentioned the hiking trail, called “Napoleon path”, which goes from the village of Kamionka to the castle by an old oak tree. Around the castle are old pine trees that can be 200 or even 300 years old. A few hundred meters from the castle is an old cemetery, which holds burial grounds for several generations of the Fickenstein genus.
Also see: Crusader castles and bishopric castles in northern Poland . 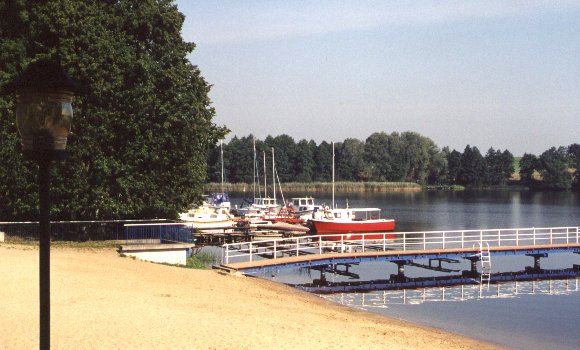 Iława The official site of the city – in Polish and with translations into a wide range of languages, including English, German, Danish, Russian
Powiat Iławski 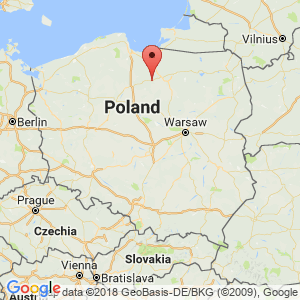