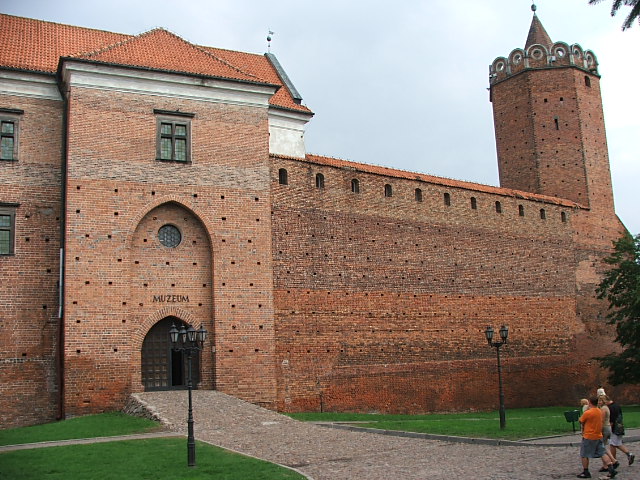 The royal castle with the entrance gate and the castle tower

The town of Łęczyca is located in central Poland, namely in Łódź county, and is the center of the district of the same name.

In its long and eventful history, Łęczyca has played an important administrative, defense, economic and cultural role. Originally, the settlement was built where two important lines of communication intersected, one south-north-going, the other east-west. The settlement came to lie on a ridge surrounded by marshlands and a river valley (the river Bzura); Here the inhabitants felt relatively safe, while at the same time being better able to control the traffic lines and provide service to the road users. First a fortified settlement emerged and then church buildings in the area that is now the village of Tum; Then followed a trading post with an inn, a mill and a church (Holy Cross Church) in the area now forming the Waliszew neighborhood. The formal founding of Łęczyca took place before 1267. In 1270’in 1331 the city was attacked by army forces of the Crusader Order; on that occasion great destruction happened: many residential buildings and two churches: the parish church and the Dominican church burnt down. After this accident – in the middle of the 14th century. – King Kazimierz took the Great initiative to build a castle and a city wall that surrounded the whole city. The central square, the two access gates and the division of the city into actual neighborhoods shaped the image of a typical medieval town. In the northeastern part of the city, the Dominicans' church and monastery dominated, while the southwestern district was grouped around the parish church, St. Andrew's Church. In the southeast corner, the imposing royal castle rose with its striking tower. The northwest quarter was from the 15th century. been devoted to the Jews, here stood their synagogue, whose building height according to. the applicable law must not exceed the height of the Christian churches. The city wall was equipped with defense towers, and for the traveler who was approaching Łęczyca in the Middle Ages, the city was surely an impressive sight. Łęczyca played a not insignificant role in Poland's political history. In the 11th and 12th centuries. built some of the first foundation-walled churches in Poland. The city's founding church, dating from that time, is an excellent example of Romanesque construction in Poland. In Łęczyca, several Kingdom and Church meetings have taken place over time, as have many Polish princes and kings staying here. The congress of 1180, attended by the country's top spiritual and worldly leaders, took place right here. In the following centuries, laws were passed at the castle in Łęczyca, foreign diplomats were received, wars declared, and prisoners of the Crusader Order were also imprisoned. This golden time for the city ended with Sweden's attack on Poland in the 1650s, where both the city and the castle were destroyed. The city was then plagued by fires, wars and economic crisis for the next hundred years. At the partition of Poland in 1793, the city came under Prussia, which expanded the city's defense system to appear as a strong fortress, based on a system of bastions. In the 19th century. the chaotic buildings along the original streets were regulated and new main streets were constructed around the old town. At the beginning of the 20th century. housing construction rose strongly as a result of the growing population; not least, large and high housing estates were built. The highest point in the city, however, was the steam mill at Kaliska Street with its monumental chimney until the construction of the upper floor of the castle tower took place in 1960’s. 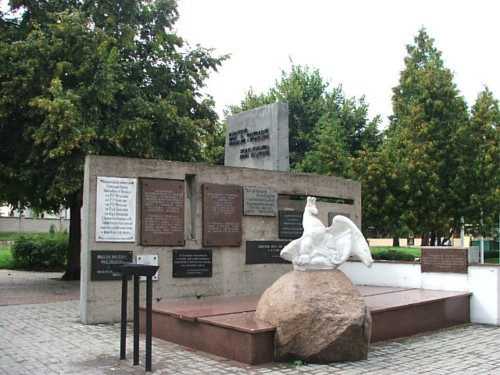 Borgen
The royal castle in Łęczyca was erected in the middle of the 14th century, ie. in Kazimierz the Great's reign, as one of the state's defenses. The castle's ring wall was connected to the fortification system around the city in its southeast corner. The castle was surrounded by a moat and the floor plan was a square with the dimensions 61×46 m. “palatium”, i.e. the building that had housing and representative purposes was made up of a tall, Gothic building – called the Old House (Dom Stary) – at the east wall; the two floors of the house were divided by a living room into a northern and a southern part; in the south was a large room where the royal audiences took place. In the west wall of the castle was the gate building with the access gate. The ring wall was 10 meters high in the Middle Ages. The tower stood – and stands – in the southwest corner of the castle area; up to 10 meters in height, its floor plan is square, moreover octagonal. On the castle, in 1409, the nobility in Wielkopolska decided to finance the battle against the Order of the Crusader, and in 1414 a declaration of war was issued from there. In 1563, an extensive renovation was undertaken, in connection with which a new residential building, called the New House (Dom Nowy), was erected along the west wall, immediately north of the gate tower. In the 1600s, the fortress had to defend itself against several attacks – not least from Swedish forces. After the division of Poland in 1790’During the Prussian era, the city was modernized, including an expansion with a system of bastions. In this connection, the Old House was demolished and instead a smaller building was erected for the arsenal, called the Gunpowder (Prochownia). more, and the castle eventually stood as a ruin. The buildings we see today, which now houses the city's museum, are the result of many years of reconstruction and reconstruction, begun in 1960’the 1970s’s. Thus, the tower, the gatehouse, parts of the ring wall and the upper floor of the New House were reconstructed, while the interior was decorated for museum purposes. 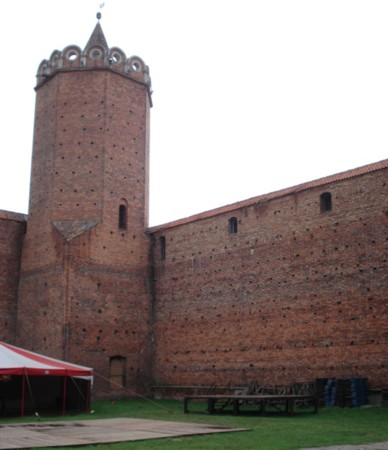 The castle tower from inside the courtyard. – See also the image at the top of this page.

Tum
Łęczyca is located on the western side of the river Bzura. On the eastern side of Bzura, ca. 2 km in airline from the city center is now the village of Tum. Here, in his day, began the beginning of Łęczyca town; traces of the castle as well as the church can still be seen.
The rape in Tum:
The scene of the violence is the visible remains of a fortified Ringborg-type facility that previously guarded the river crossing on the route from southern Wielkopolska to southern Mazowsze. It is believed that in addition to the military function, the place also played an administrative role. According to the archaeologists, the first defenses date from the 10th century, whereas the castle in its final form dates back to the beginning of the 12th century, when it was expanded by Prince Bolesław Krzywousty. In the 13th year. belonged to the castle known princes and kings, including King Władysław Łokietek. But after the construction of a new and more modern castle on the opposite riverbank in the second half of the 14th century. – ie in the present Łęczyca – the old ring castle lost its significance. In the 1940s and 1950s, as well as in the most recent years, a number of on-site archaeological investigations have been carried out, enabling the different phases of the construction to be dated. To this day, remains of defense works have been preserved in the form of the surrounding earth violence, where both earth and wood structures appear, as well as other structures of violence and moat; the tree used is estimated to be over 1000 years old. It is planned to reconstruct the castle and construct an archeological park as well as an open-air museum in the village of Tum.
Diocese Church:
The present church was consecrated in 1161 and erected on the site of a former building whose foundations are found under the main ship. The Judgment Chapter at the church included the elite of the priesthood within its area. At the beginning of the 19th century. the status of the church was changed to ordinary parish church, but the title of diocesan church got the church back in 1993. The church has been destroyed several times and has been rebuilt. This has happened over several centuries, which is why partial style shifts also occurred along the way. After the devastation of World War II, extensive renovations and reconstructions took place, so that the church now appears in the exterior in Romanesque style (the original building style), while the interior is characterized by Gothic building features. The entrance from the north leads through the richly carved portal from the 12th century. As a whole, the church is a three-story building with two towers to the west, and it is one of the most beautiful examples of ecclesiastical Romanesque construction in Poland.

St. Andrew's Church
Parish Church of St. Andreas Church at ul.Kóścielna. In the 15th and 16th centuries. Łęczyca parish belonged to the richest in the country. Among the deans of Łęczyca, Andrzej Krzycki, the later primate in Poland, also excelled as a poet and for a period employed by the court. In the 17th century. the congregations of nobility were held here – to be later moved to the church of the Bernadines. The church remained in the 18th century. used by the Jesuits while building their monastery nearby. The oldest sources that mention this church are those that mention the Crusaders' burning of the church in 1331. The current three-ship Gothic-style church was consecrated in 1425, but was rebuilt several times in the 17th, 18th and 19th century. Gothic building features are still found in the outer wall of the choir and the aim of the west facade. 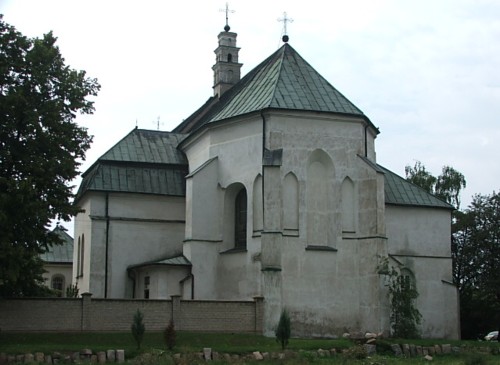 Dominican monastery in Pocztowa Street.
The first sources mentioning the Dominican Order in Łęczyca date from 1270’s. The east side of the abbey church was built with the city wall. The convent building burned in 1616; the new building was used as part of the city's fortification. The former Dominican monastery served as a prison between 1799 and 2006. Among the former political prisoners who stayed here are well-known names such as Władysław Gomułka.

Bernardine Monastery with Abbey Church in Poznańska Street
is built between 1636 and 1643, outside the city wall and near the Poznań Gate. After 1864 the monastery was demolished. The Bernardine Order first returned to Łęczyca in 1946. Today, the Abbey Church is the venue for frequent concerts with organ and chamber music.

City Hall
The two-storey town hall, centrally located on the square, was built in the years 1787-90 in a classicist style, designed by architect Jakub Kubicki. In the early 20th century. various modernization and alterations were made to the building. The one in the first years of the 21st century. The renovation was intended to restore the building's original appearance from the 18th century. Up to and including 1970’the building was the seat of the municipal authorities. 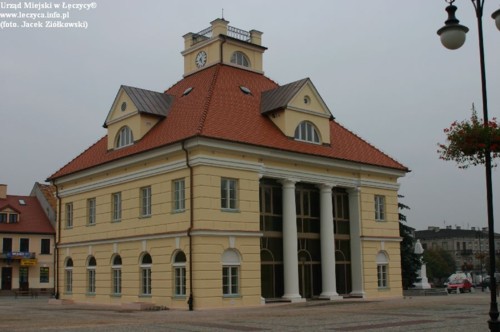 Bymuren
Some parts of the city wall are still intact. The original city wall encircled an area of approx. 9 acres. The length of the wall was approx. 1150 meters and the height 7 meters. In the Middle Ages there were two gateways to the city from the wall, respectively. north and south, namely Brama Poznańska and and Brama Krakowska. The wall was equipped with advanced fortress towers for every 50-60 meters. In 1820’most of the wall was torn down, just as the moat was filled. 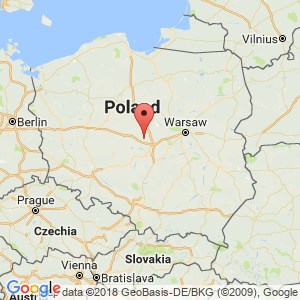