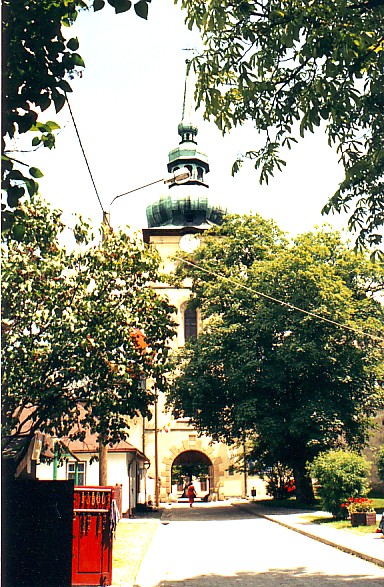 Stary Sącz is located south of Nowy Sącz, between the rivers Dunajec and Poprad, immediately south of Poprad’s outlet in Dunajec.
The city's history dates back to the time of the first Polish state formation, and its founding is due to its location near Poprad, which was then the easiest route to Hungary and on to southern Europe. In 1257, Prince Bolesław Wstydliwy transferred the Sącz area to his wife Kinga, who in 1280 founded two Franciscan monasteries (monks and nuns) in the city of Sącz. Kinga died in the monastery in 1292. In the same year – 1292 – King Wacław II, in a letter of privilege, ordered the founding of a new city named Sącz ca. 11 km north of the former city. The former (Old) Sącz was then called Stary Sącz and the new city Nowy Sącz. In 1604, the construction of the present monastery complex began. Stary Sącz and its surroundings were annexed by Austria in 1770. 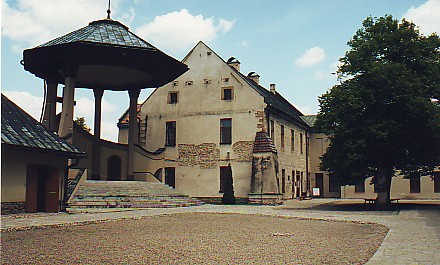 Monastery of the Klara Sisters. The north side of the northern monastery

Monastery of the Klara Sisters (Zespół Klasztorny ss Klarysek).
After its founding in 1280, the Nunnery was initially erected as a series of individual wooden buildings where the nuns lived. In 1601, a decision was made to erect the monastery buildings in stone and the work was entrusted to the builder Jan di Simoni of Kraków. The complex consisted and still consists of four winged monastery buildings, which have pillars facing an inner monastery yard. North of these four wings stands the abbey church and north of this is the northern abbey; The entrance to this and thus to the whole complex takes place via the gate tower, which in its current form dates from the 18th century. The entire complex was protected by an outer fortress wall and fortress towers (one of which is preserved). It may be added that the Franciscan Klara sisters represent a contemplative order with a rather strict rule of order.
The Abbey Church at the Klara Sisters Monastery (Church of the Holy Trinity / Kościół pw Świętej Trójcy) .
Already around 1285 the first church was erected on the site – in wood, ie. at the same time as the first monastery buildings. Later, the building was erected in stone. The church – in Gothic style – was inaugurated in 1332. The church is decorated in a Baroque style, including with pictures showing scenes of the monastic founder's life.
Square.
The central square is part of the medieval city center. The square is square, almost square, and with the four sides precisely oriented to the four corners of the world. 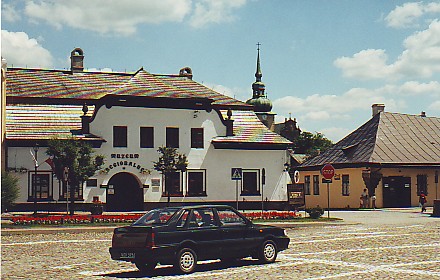 Regional Museum (Muzeum Regionalne)
Founded in 1954, the Regional Museum is located in a beautiful, historic building on the square.
St. Elizabeth Parish Church (Kościół parafialny pw Św. Elżbiety)
The rise of the church can be traced back to the city's first founding. A vicarage in Sącz is mentioned in 1299, which testifies to a parish church at that time. The present church building dates back to the 14th or 15th century. After a major fire in 1644, the church was rebuilt and the church tower was built in 1686.

The west side of the square. In the background you can see the parish church (St. Elisabeth's Church) 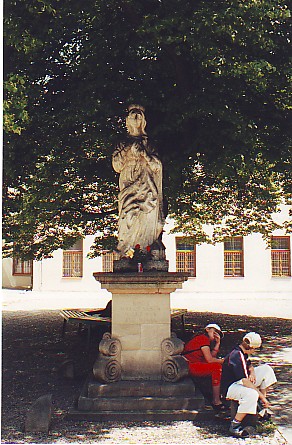 Monastery of the Klara Sisters. The statue of Saint Kinga in the northern monastery

Miasto in Gmina Stary Sącz – with practical information for tourists 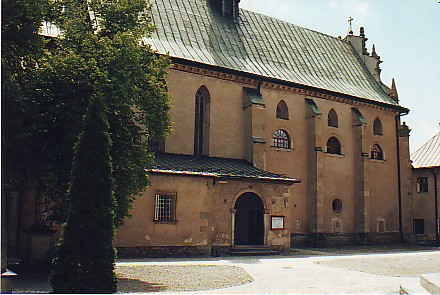 The monastery church, consecrated to the Holy Trinity and Saint Klara, seen from the northern monastery 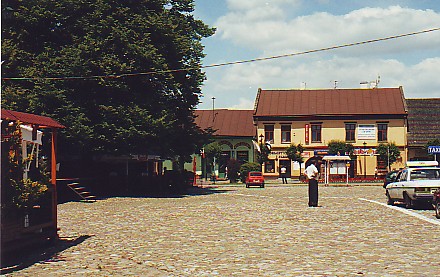 The northern side of the square in Stary Sącz 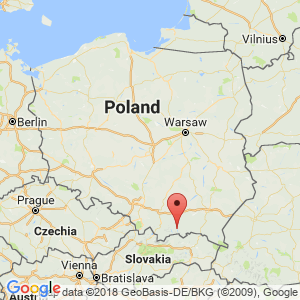