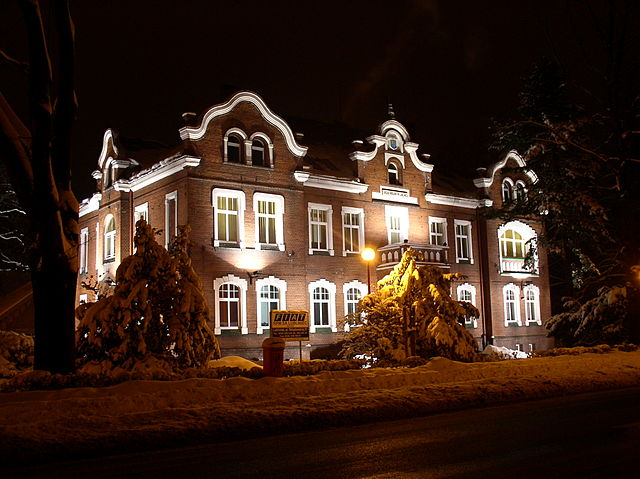 Lubliniec is located in southern Poland, in the Silesian region, northwest of Katowice. The town's name in German times was Lublinitz.

Lubliniec was built around a hunting castle and a chapel built in 1272 by Prince Władysław Opolski. At the site of the former chapel, the parish church was later consecrated to St. Mikołaj. The town was granted market town rights in 1300 by Prince Bolesław I Opolski.
In the year 1500, Prince Jan Opolski gave Lubliniec new privileges according to which beer in the taverns around the town had to be sold only in Lubliniec; in addition, weekly markets and 2 annual cattle markets could be held; in addition, craftsmen were allowed to settle in the city. During the following two centuries, 8 craftsmen's barges were created.
In 1742, Lubliniec came under Prussia. In 1776, the town acquired a forest of 1300 hectares, which could meet the city's need for timber.
In 1812 Franciszek Grotowski bequeathed part of his estate to the creation of a home for orphans; this institution began its business in 1843. In 1893, the province of Silesia bought the former castle in Lubliniec to furnish it for a hospital for the poor. The building was given a new function as a psychiatric hospital in 1896.
In the late 1800s, the city developed strongly as a result of the construction of railways and a growth in commerce, crafts and small industries.
Throughout Upper Silesia, a referendum was held in 1921 on the affiliation with Germany and Poland. On this occasion, 47% voted for affiliation with Poland, while 53% voted for Germany.
In the interwar period, a slaughterhouse was built in Lubliniec and the power plant was expanded. Even before the First World War, there existed a woolen mill, a steam sawmill, a factory for agricultural machinery and an iron foundry. Only from 1945 did the city once again belong to Poland.

Despite the city's long history, only a few of the city's old building monuments are preserved.

St. Anna's Church
from 1653 is wood built with shingles.

The Holy Cross’ Church
Originally from 1505 but has since been remodeled.

The castle in Lubliniec
The first mention of a castle in the city dates from 1397. In the 16th century, the castle was converted into a castle. In 2002, the city of Lubliniec took over the newly renovated castle. There is now a hotel in the building.

Memorial to Edith Stein
In Lilletorv (Mały Rynek) stands a memorial to Edith (Edyta) Stein, a Jewish philosopher who was converted to Catholicism, perished in 1942 in Auschwitz, 1987 saintly saint. She is now the city of Lubliniec’ patron saint. In the city there is also a museum with memories of her life as well as a church dedicated for this weekend.

Pool
There is an outdoor swimming pool in the city park. 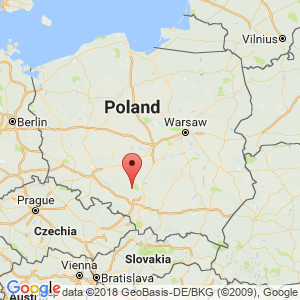