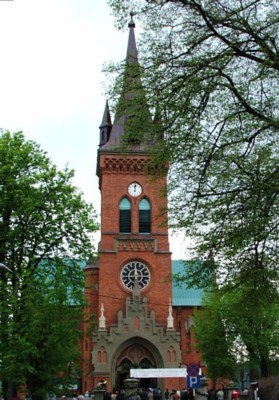 Jordanów is located near the Skawa River valley between the mountains of Beskid Makowski and Beskid Żywiecki in southern Poland; the nearest major city is Rabka-Zdrój, 13 km to the southeast. Highway 28 (from Zator to Medyka on the Ukrainian border) passes through the city.
The city center itself is on a ridge in relation to the river, which is why the main road from the west side must be led via a couple of dramatic serpentine turns up to the center, which is at an altitude of 485 meters above sea level.

The city was founded in the latter half of the 16th century. by Wawrzyniec Spytek Jordan, who in 1564 received a letter of privilege from King Zygmunt August II regarding the founding of a city named Jordanów. In 1576 the first church – of wood – was erected. After the partition of Poland in 1772, much of southern Poland, including Jordanow, came under Austria-Hungary. In 1930, the city was electrified. During World War II, the city burned twice with a degree of destruction of approx. 72%.

Mansion building in Chrobacze
In Chrobacze, formerly a village, now part of Jordanów, stands a preserved, timber-framed mansion from the early 18th century. Around the house there is a park with old trees. Distance to the center approx. 2.5 km.

City Hall
which stands in the middle of the square, was put into operation in 1911.

City Court building
The former town hall (in the square) was built in 1908. The building now houses several public offices.

freedom Car
planted in Jordanów on May 21, 1919, commemorating Poland's resurrection as an independent state. 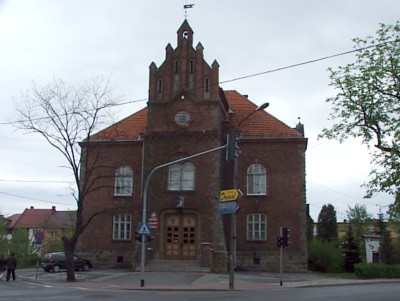 Jordanów countryside includes the villages of Osielec, Łętownia (with a wooden church from the 18th century), Naprawa, Wysoka (with a manor building from the 16th century) and Toporzysko.
From the Przykrzec ridge there is a beautiful view on all sides of the mountain landscape.
Jordanów is a good starting point for excursions in the surrounding Beskidy Mountains, including to mountain peaks such as Babia Góra (in the national park of the same name) to the southwest and Luboń Wielki to the east.
Public transport can also be reached quickly from Jordanów to Kraków, Zakopane or Rabka. 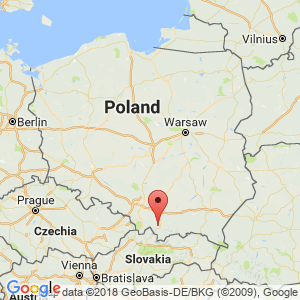