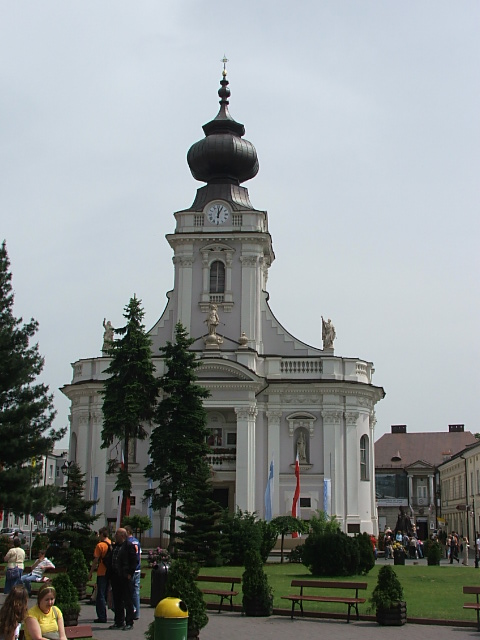 The square and the church in Wadowice

The town of Wadowice (about 20,000 inhabitants) is located on the river Skawa, 18 km south of its outlet in Wisła. The city is first mentioned in documents from 1327. After a fire in 1430, the city was rebuilt. From 1772-1918 Wadowice belonged under Austria. 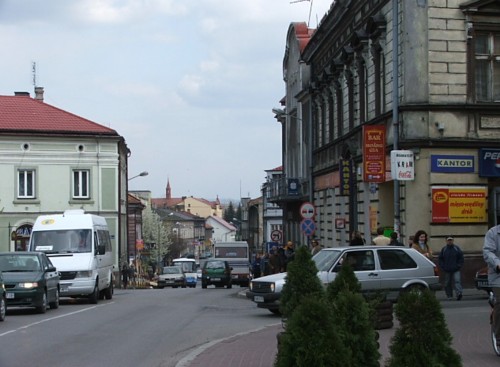 View from the square to the east on ul.Lwowska

Pope's Museum (Museum Ojca Świętego Jana Pawła II) – Ul.Kościelna 7.
Wadowice is known throughout the world as the birthplace of the most famous pole of our day, Pope John Paul II (Polish: Jan Paweł II). The pope was born here as Karol Wojtyła and also attended school in Wadowice. Wojtyła was born on May 18, 1920; he became a priest in Kraków 1946, bishop of Kraków in 1958, archbishop of Kraków 1964, cardinal 1967 and pope 1978. Johannes Paul II died at the Vatican in Rome on April 2, 2005. The building in which Karol Wojtyła’s parents had an apartment and where he was born is now furnished as a museum, so that the museum occupies the 2nd floor of the house throughout the length of the building, ie. from ul.Kościelna to the square. The museum is visited daily by numerous guests, both adults and schoolchildren, from home and abroad. This tourist flow is of great importance to the city. 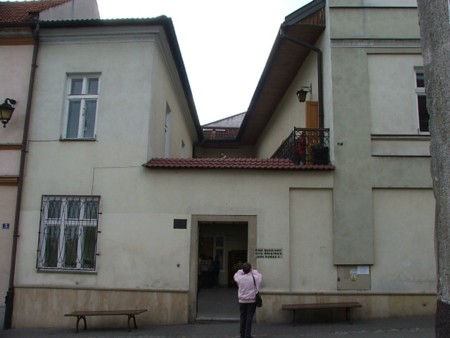 The entrance to the Pope's Museum 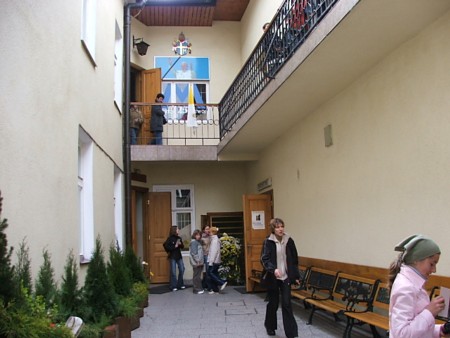 From the porch of the Pope's Museum 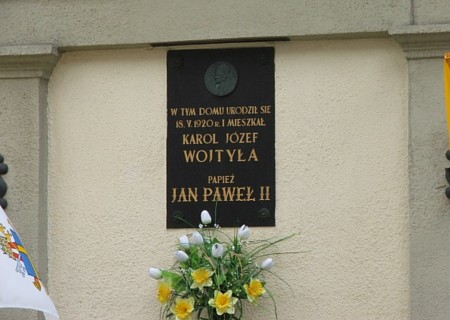 Memorial plaque on the Pope's Wall, which states that Karol Wojtyła – later Pope John Paul II – was born in this house

Church of the Virgin Mary (Bazylika ONMP) .
The church, located by the town square, was rebuilt in 1791-98, but the choir is the original from the 15th century. Cemetery fencing with gate and chapels are from approx. 1,822th 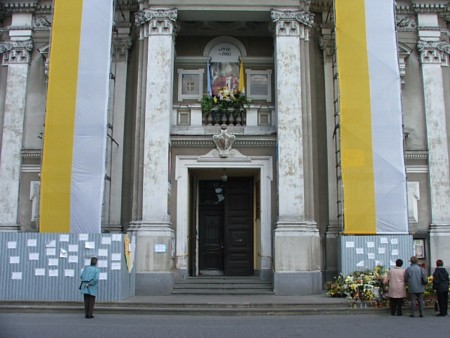 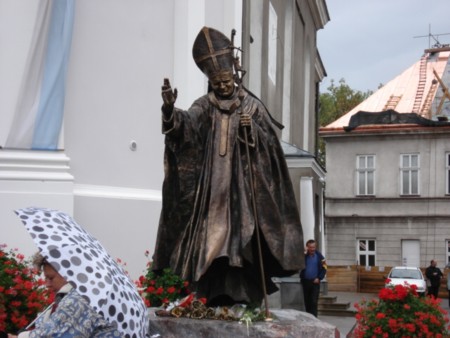 Wadowice and the townspeople are very proud of the Pope's connection to the city. Thus they are called “kremówki wadowickie” (a kind of Napoleonic pastry) offered by the city's bakers and patisseries (and which Pope John Paul II recalled to enjoy in his youth), in crowds of “kremówki puppies” (Pope cakes). 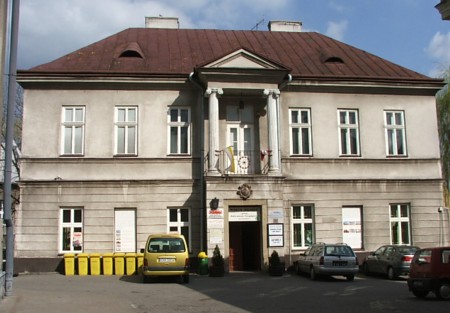 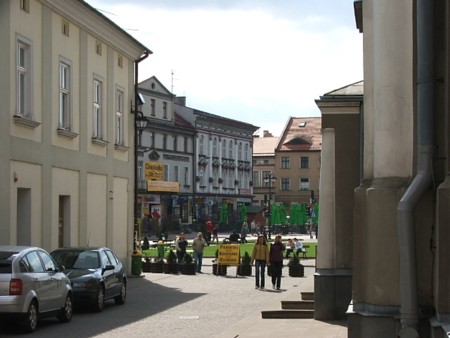 Immediately south and southwest of Wadowice, the northernmost foothills of the Beskidy Mountains, the area begins Beskid Mały (interpreted as a nature park), where the highest points reach over 900 meters above sea level
14 km east of Wadowice is the pilgrimage site Kalwaria Zebrzydowska ; it is a small picturesque town with a monastery complex from the beginning. of the 17th century. and with 42 small churches and chapels scattered on the heights around the city. Take a look at this page: Kalwaria Zebrzydowska . 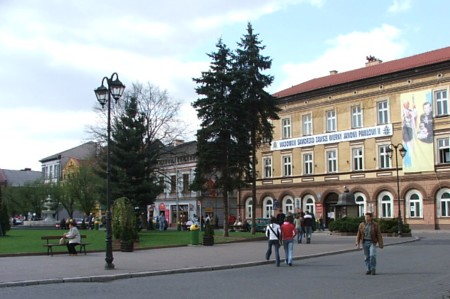 North side of Wadowice Square with City Hall (th) 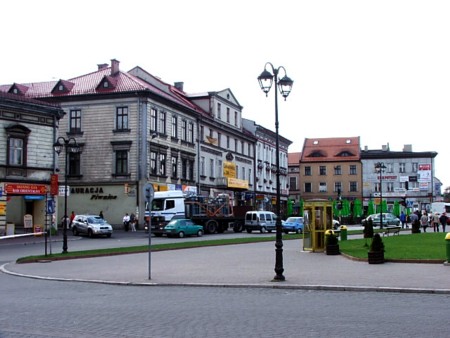 South side of the square 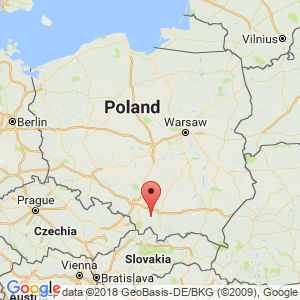