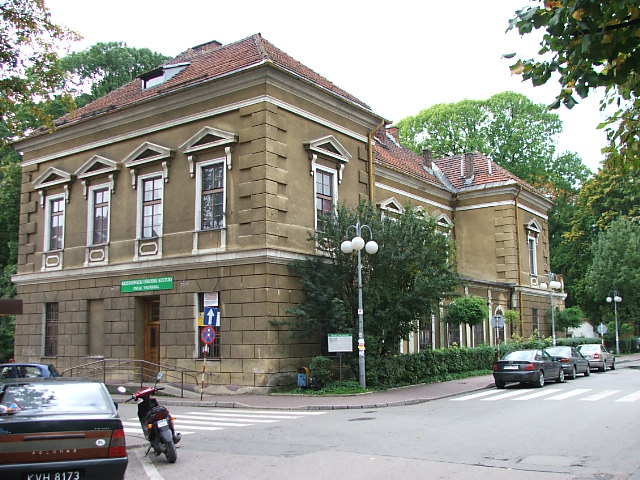 Krzeszowice municipality is beautifully situated in the Kraków Highlands, in the Jurassic landscape with valleys and cliffs. The region's rich flora and fauna as well as the interesting geological structure make the area attractive to tourists. The small town is a charming and important tourist center on the road between Kraków and Katowice.
South of the city is the Tenczynski Nature Park. To the north extends the Dolinki Krakowskie Nature Park.
The first historical reference to Krzeszowice dates from 1286, when Bishop Paweł of Przemanków granted Fryczek Freton of Bytom the right to establish parish stewardship in the already existing village “Cressouicy”. By 1337 there was probably already a church here. In 1555, the village came on Stanisław Tęczyński’s hands and joined “Tęczyński-county”. In the following centuries, Krzeszowice was owned by genera such as Opaliński, Czartoryski, Lubomirski and Potocki. In the years 1809-1815 and 1855-1867, Krzeszowice was the seat of an independent district (powiat). In 1847, a railway line was built from Kraków to Mysłowice through the city, and in 1850 Krzeszowice was granted the right to hold markets. In 1850-57, the Potocki genus built a castle in the Italian Renaissance style. At the beginning of the 20th century. craftsmanship and industrial development takes place. Krzeszowice gains market town rights in 1924 (confirmed in 1933).
The healing properties of the local spring water were known as early as the 1600s, but only from the second half of the 18th century when the water was scientifically examined did the development of the site as a spa town begin. Following the destruction of World War II, the health resort was reactivated in 1964, and in the following years the facilities were expanded.

In June each year, the Krzeszowice Days are held with many events; in September-October excursions are organized within the framework of the tourism days in Kraków.

Square got its present design in the early 19th century. In the center stands a characteristic late classicist building, “Buzdyganówka”.
“Vauxhall” . The oldest and one of the most valuable buildings is the Vauxhall mansion, built in 1783-86 as a spa building.
“Zofia” is a Late Classical spa building erected c.1819 by Zofia Potocka.
Potocki Castle stands at the highest point in the spa park. It is built in 1850-57. It takes the form of a square with an inner courtyard.

The roads to the ruin of the castle “Tenczyn” in Rudno and to the monastery in Czerna are marked with blue boards.

The Monastery of Czerna lies approx. 4 km north of Krzeszowice and approx. 30 km west of Krakow.
The monastery, founded by Agnieszka Firlejowa in 1631, rises, surrounded by forests, on the right (western) steep valley slope of Dolina Eliaszówki. The building of the monastery and abbey church was completed around 1640.
At this place had some monks from the Order “The barefoot Carmelites” in 1629 assigned an area where they could build hermit homes. They set up 12 such homes, surrounded by a 4 kilometer long stone wall. The monks had to abide by the rules of strict life as sole residents. Today's hours are divided into time for prayer, for reading in religious books and time for physical work. The hermit monks were committed to eternal silence. Twice a year, some of them moved out to separate lodges where life was even more severe. The hermit life was maintained in the monastery until 1792. In the monastery and in the church of Saint Elias, both in Baroque style, there are several building elements and some furniture made of black marble, thus an altar in the church. The walled monastery arose in the years 1631-50. Extensions have been made in the 20th century. The monastery well, which the monks have carved into the rock, dates from 1644-56 and measures 21.5 meters in depth and 2 meters in width. The northern gate to the monastery dates from 1640, while the southern, called St. Elias Gate, dates from 1672. Across the river Eliaszówka, the hermit monks built a stone bridge in 1671-91. This bridge, formerly leading to the monastery, is 120 feet long, 9.5 feet wide, and 18 feet high; the bridge rested on 13 arcades and was adorned with figures of saints. Today, the bridge is unfortunately only a picturesque ruin.

Castle Tenczyn in Rudno lies approx. 4 km southwest of Krzeszowice. For a few centuries, the castle was the home of the Tęczyński genus, although it was built by the county official in Kraków, A.Toporczyk in the 14th century. The bourgeoisie with an inner courtyard was in the second half of the 16th century. remodeled by Jan Tęczyński in accordance with Renaissance style. The genus was powerful and significant at that time, and so was the castle. After the devastation of the Swedes' attacks in 1656, the castle was rebuilt by the genus Lubomirski, who lived here until the early 18th century. The castle was subsequently abandoned and destroyed. Among the preserved elements are significant parts of the upper castle with the gate tower as well as part of the former prairie. 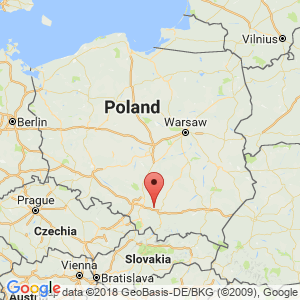