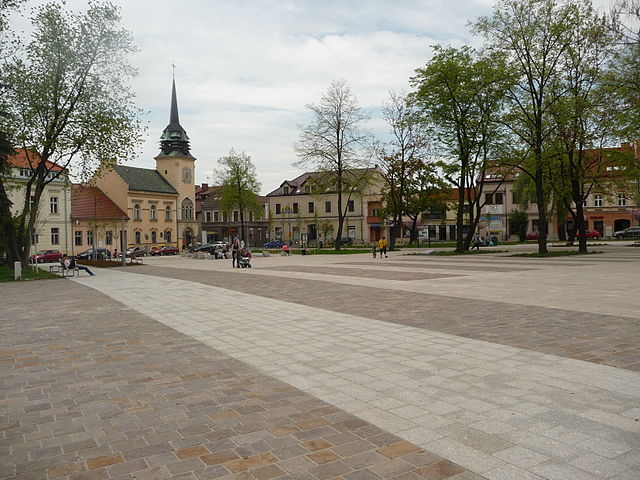 Skawina is located in southern Poland, immediately southwest of the Krakow metropolis, at Skawinka, a tributary to Wisła. Today, the city forms part of the interconnected Krakow urban area.

The city was founded by King Kazimierz Wielki (the Great) in 1364. This king also built a small castle on the site. In Kazimierz the Great's lifetime, a defensive wall was erected around the city. The ruins of this castle were built in the early 20th century. a small castle, called “Sokół” (Falken), seat of the Gymnastics Association with this name. The nearby Benedictine monastery in Tyniec has always had religious as well as political significance for Skawina. Similarly, the nearby large city of Kraków has always been the commercial, cultural and academic center. In the middle of the 17th century. Skawina was hit by two accidents: a devastating plague in 1651-52 and the outbreak of the Swedish-Polish war in 1655. After the losses during the plague and the war, only half the inhabitants remained. Only at the end of the 19th century. the city began to develop in earnest. 1884-1886 the railroad arose. Shortly after, various industrial companies were established: brewery (1895), oil refinery (1900), a stoneware and chamotte products factory (1909) and others. After the Second World War, economic development continued with the establishment of companies such as aluminum plant, electricity plant, glassworks and production of building materials. In addition, the establishment of foreign companies in many industries. All in all, over time, Skawina has developed into one of the largest industrial centers in Poland.

The Palace Sokół
The Sokół mansion is located in the City Park and was built in 1904-1906 at the initiative of the Gymnastics Association “Sokół”. The mansion was erected by the inhabitants of Skawina according to drawings by Wincenty Koczarkiewicz. It became the seat of the Gymnastics Association “Sokół”. The house stands on the site of the former castle built under King Kazimierz Wielki.

Square
The unusually large square dates back to the city's founding in the 14th century. From the square, 8 streets went out; 5 of these went to the 4 city gates, 1 to the church and 1 to the castle.

City Hall
is located in the southwest of the square and is built in 1905.

Church of the Virgin Mary Ofrings
called “the little church” emerged as a hospital church in 1470’s.

Saint Simon and Thaddeus’ Church
Originally built in the 1360s, it was later burned and rebuilt.

The village of Krzęcin southwest of Skawina houses a wooden church, the Church of the Nativity. It was built in 1589, but later extended and fitted with two towers. The roof is of roof shingles.

In the village of Wola Radziszowska south of Skawina is a wooden church, the Virgin Mary's Ascension Church. The church has a tower with sloping walls, which is built at the transition between the 16th and the 17th century. The church holds a very valuable inventory. 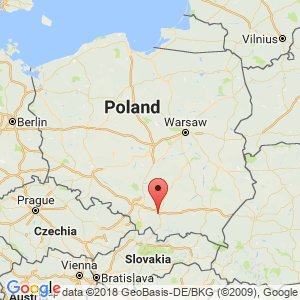