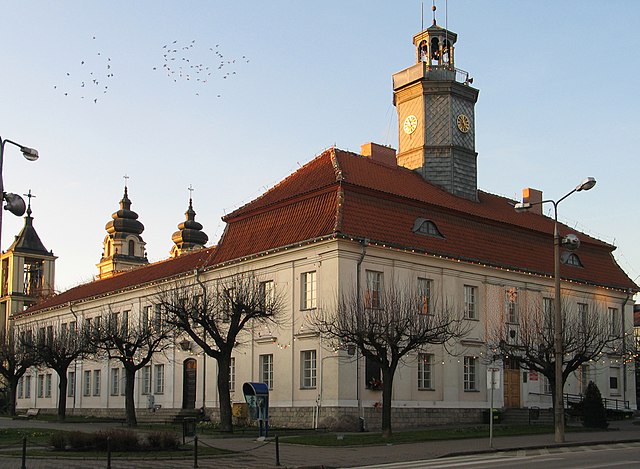 Mława is located in northern Poland, in the northern part of the Mazowsze region, northwest of the capital Warsaw and south of Olsztyn.

The city gained market town rights in 1429. It is believed that the first ground-walled church – the parish church at the square – was erected around 1477. In 1495 Mława ceased to be a principally owned town and was incorporated by King Jan Olbracht as part of the king's property. King Zygmunt Stary gave permission to build a town hall in 1545.
During the Swedes' attack in 1659, they burned down the city. The plague ravaged Mława in 1572-73, killing about 1,300 people, and again in 1661-62 and 1708-12.
In 1795, Mława came under Prussian rule (after Poland's third division). The city was affected by a cholera epidemic in 1837 and 1898.
In 1906 a trade school was opened as well as the first library (with reading room).
In 1914 – during World War I – Mława was taken on several occasions by the Russian and German army.
The Battle of Mława was a famous battle that took place north of the city on September 1-3, 1939 between the invading German army and Polish defense forces. After three days of fighting, however, the Germans succeeded in advancing towards the fortress Modlin and the capital of Warsaw. Mława was then incorporated into the German Empire.
Between 1939 and 1942 the Germans murdered 6,500 Jews from Mława. In January 1945, the Germans murdered 364 people in a gravel pit near the city.
In 1999, Mława became the new capital of the district of the same name.
In 1990’The company was founded by the company Curtis, who made television. The factory was purchased in 1999 by LG, which continued with the production of television sets and mobile phones, now under their own brand. Another big company in Mława is the poultry slaughterhouse Wipasz.

Trinity Church
The first church was built around 1477 in Gothic style. After a fire, the church was rebuilt in 1712-19, now in Baroque style. Remodeled 1882-86 in neo-baroque style with addition of side ships and towers.

City Hall
is located at Gammeltorv; it is a baroque building erected 1782-86 on the foundations of the former town hall from ca. 1545th

granary
The wood-built grain magazine “Lelewelówka” from the 18th century.

Art Nouveau houses
Upscale Jugendstil houses can be seen in several places in the city, among others. on Stary Rynek and on the corner of the streets Żeromskiego and 3 Maja.

Green areas:
The city is surrounded by greenery to the west, north and east.

Lakes:
Ca. 2 km to the northwest lies the artificial lake, Zalew Ruda (32 hectares), formed by the embankment of the river Mławka. At the lake there is a beach. You can rent equipment for water sports and you can also play beach volleyball, badminton etc.

Nature reserves:
On the other side of the lake there is a nature reserve called the Mount of Ege (Dębowa Góra).

Mława – with practical information for tourists 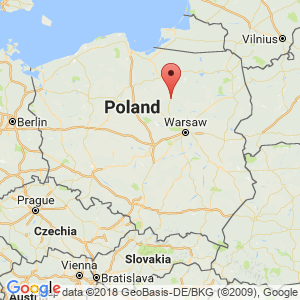