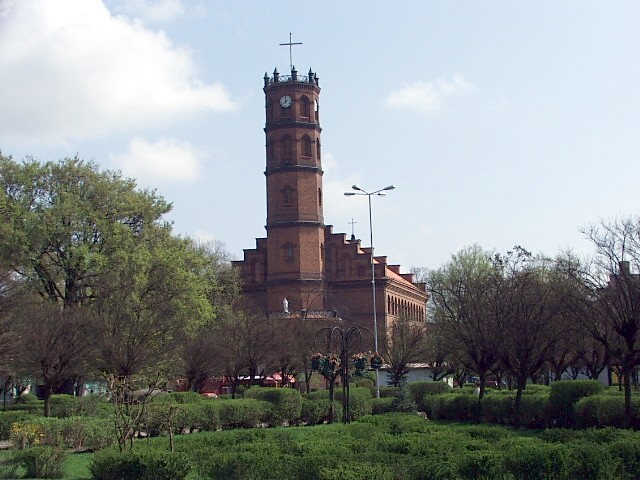 Saint Anton's Church in Nowa Sol seen from the west

Nowa Sól is located in the southern part of the Lubusz region of western Poland, at highway # 3, connecting northwestern and southwestern Poland. The town is located on the west bank of the great river Odra.

Nowa Sun.‘s history is closely related to the history of salt extraction in this area. In 1553, Antoni Schmidt of Gdańsk (called Danczenko) built the first saltworks on Odra’s left bank at Milsko. Ten years later, Imperial Commissioner von Braun built a new saltworks on the imperial lands of the village of Modrzyca. On November 13, 1563, the first batch of salt was run out of the salt siding. The company bore the name “For new salts at Moderitz” (in Polish: Przy Nowej Soli w Modrzycy). Around 1585, the name Neusalzburg – later Neusalz (in Polish: Nowa Sól) appears for the first time in the documents of the salt factory. In the course of trade in salt, river transport played a very important role.
In October 1743, Friedrich II (the Great) issued a letter of construction, containing the rights of Nowa Sól, who transformed the settlement into a royal city. In the following years, a city plan for Nowa Sól was drawn up, which took into account the settlement of craftsmen to a great extent. This generally encouraged people to relocate to the city and especially to decorate and start new workshops. The town came into a lively development and there was an influx of people from the surrounding villages. 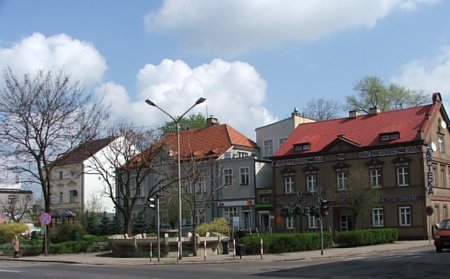 At the beginning of the 19th century. a member of the Czech fraternity, Gruschwitz, founded a spinning mill in Nowa Sól. Textile mills emerged, including both wool and cotton. In 1827, the first ironworks, as well as a foundry and an enameling business, were opened. Other factories also started their business in the following years. The river Odra remained a very important transport route. After a permanent bridge was built over the river in 1870, and Nowa Sól was thus permanently connected to Poznań, the city developed further.
The world economic crisis in the interwar period meant a downturn for the city, where employment fell sharply and many businesses had to close. During the Second World War, certain devastation occurred in the city, but to a lesser extent, compared to other cities. Immediately after the war, the existing industrial companies were expanded and new large companies joined, which meant rapid population growth. In 1993, the population of Nowa Sól passed 43 thousand, and the same year the city could celebrate the 250th anniversary of the granting of market town rights. 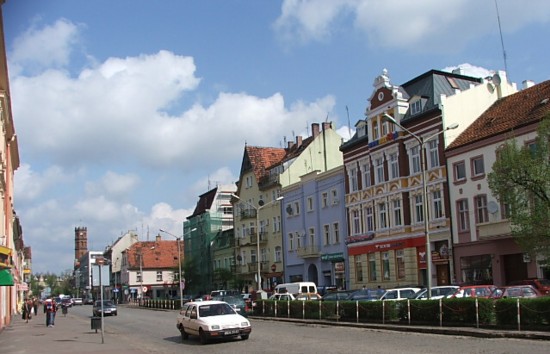 The street ul.Wyzwolenia seen to the north

St. Anton's Church .
Built in 1835-39 as an evangelical shrine: The Church of the Holy Trinity. The building was designed by August Stüler of Berlin in Neo-Romanian style. The church is built in distinctive red bricks and it has an impressive portal. To the west rises the tall, octagonal tower with 2 bells, to the east the pentagonal sacristy. Immediately after World War II, the church was not in use. From 1950 it was taken over by the Kapucin order and decorated for Catholic worship.
The salt magazine at Plac Solny
Built around 1780 to use the royal salt trade. The building is on one floor, brick, with a roof that has a fall to four sides.
The salt magazine on Wróblewski Street.
2-storey warehouse, built in 1774. In the attic is the original crane.
City Museum in Muzealna Street No.20
The beautiful building was built circa 1883 by Aleksander Gruschwitz to his son Alfred. The museum was founded in 1916 as “Heimatmuseum” and was housed in Witosa Street. In 1947 it was moved to the villa in ul.Muzealna. The museum, which has departments for science and information, history, art and nature, has permanent exhibitions: From armor to uniform, Civil interiors from the 19th century. and the nature of the Odra Valley.
Bank building in Muzealna street no.18
This impressive villa was built in 1880’the eras of Aleksander Gruschwitz to his daughter Nanni. Later, the house became domicile for Freemasonry. In recent times, the house has been owned by Bank Zachodni and now Deutsche Bank.
The brewery
was built in 1916. Especially the office building has an architecturally interesting facade.
River port was opened as a then large and modern transhipment port in 1897. 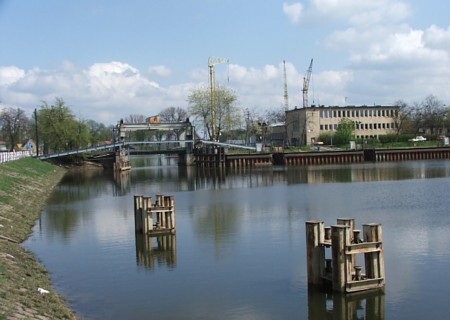 The harbor basin on the Odra River

The lift bridge at the harbor
This steel bridge, constructed in 1927 and erected in place of the former wooden bridge with two bridge flaps, operates with horizontal lifting of the bridge flap. This bridge type is quite rare and thus the bridge is a valuable example of modern technical progress, not just within Poland's borders.
St. Michael's Church
The parish church, St. Michael's Church, was built as an evangelical church in 1591-96, but was left to the Catholic congregation in 1651; it is built of natural stone and brick and consists of a main ship in 1 room as well as a cross ship. Even after several redevelopments, the building has retained style features from the Renaissance and Baroque. Inside, the rooms are covered with cross vault. The main altar as well as the side altars, pulpit and baptismal foundation are in the Baroque style from the 18th century.
The statue of Saint Nepomucen
stands near St. Michael's Church; it was erected in 1738 as a votive gift, a thanks from those who survived the great flood and famine of that time.
City Hall
The old town hall building was built in 1574-75 for use by the state administration of the salt trade. The building served as the town hall until 1820. Due to several redevelopments, only building parts in the northern part are now original.
Orangery
is an example of 19th century garden architecture. Surrounded by lush plant growth, guests can relax at the cafe tables.
the park
In the city park “Odra” admire among other exciting tree growths a 310 year old plant tree (Platanus Acerifolia); the tree is a cross between a plane from the Balkan Peninsula and a plane from North America. The size of the tree is 530 cm and the height 46 m. 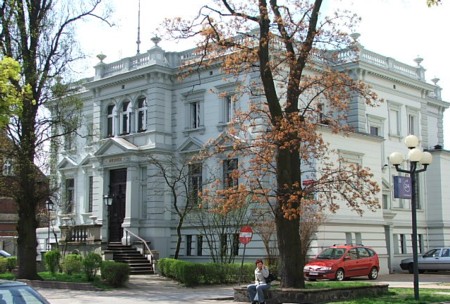 The surrounding area is characterized by large, wild forests and – not least – the large river, Odra’s, progress through the countryside. The river offers great opportunities for the tourists, among other things. organized river cruises and kayaking and motor boat sailing. Nowa Sól has a river port and a kayak landing site. 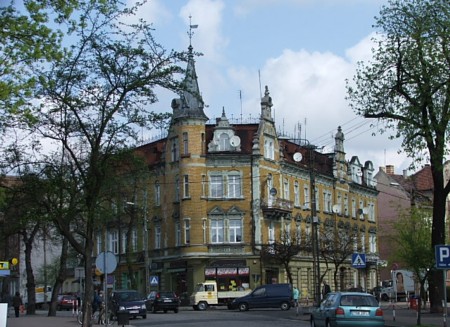 A beautiful residential building with towers and ornate facade, located on Wyśpianski Street and the confluence of Piłsudski Street 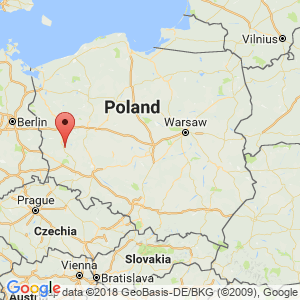