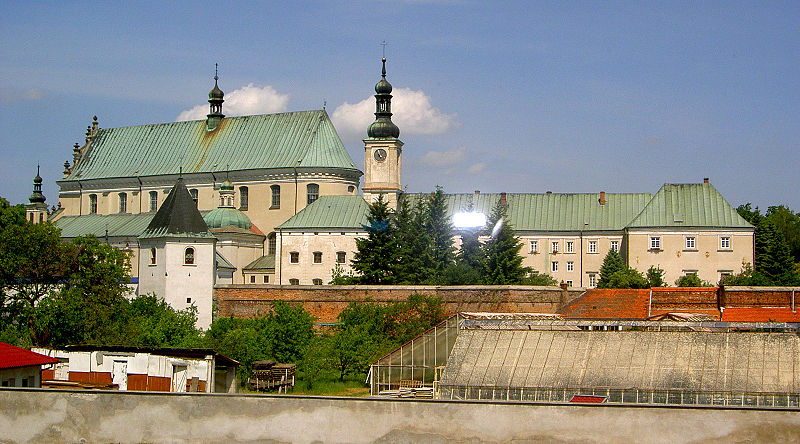 Leżajsk, one of the oldest cities in south-eastern Poland, is located in Podkarpacie County, northeast of the county capital of Rzeszów. The River San runs a few miles east of the city.
The first documented mention of the city dates back to 1354. Leżajsk was granted market town rights in 1397, issued by King Wladyslaw Jagiełło. By a Tatar attack in 1524, the city was destroyed. Then King Zygmunt I Stary commanded to move the city and rebuild it in a safer place, approx. 5 km to the southwest, on the other side of the San River.
At the first division of Poland in 1772, the city came under Austrian rule.
Over time, the city has suffered severely from attacks by Tatars, Cossacks and Swedes as well as numerous fires. Both World War I and World War II were various tragedies for Leżajsk. Between 1939 and 1944 many citizens were murdered by the Germans.
After the war, in 1940’the 1950s and 1950s’a number of industrial companies were founded in the city. In 1954, the electrification of the city was completed. In 1955 the first large company, a tobacco factory, was built, later followed by a machine factory and others.
The current brewery was built in 1972-77 and production started in 1978. The history of beer brewing in Leżajsk dates back to 1525, when the city was granted the king's rights to this business. Today, the brewery is part of the Żywiec group, but still produces beer by the brand Leżajsk.
In 1980’inaugurated the municipal hospital with ambulatory; a wastewater treatment plant was also built. From the 1990s onwards, a digital telephone exchange was established after the closure of fiber networks.

The town is not least known for its impressive Bernardine monastery (with a monastic church) and for its brewery business.

Virgin Mary's Annunciation Basilica / Bernardine Monastery
The monastery complex is surrounded by a defensive wall with brick towers and gates. As a whole, the construction lasted from the beginning of the 17th century. to the middle of the 18th century. The church is the three-vessel with an extended choir with a half-round choir finish. The church choir is connected to the monastery building which has four wings with a monastery garden in the middle. The monastery was built around 1637 and surrounded by a defensive wall. The wall has weights and shooting holes and is connected to fortress towers. Today, the monastery also houses a Museum of the Bernardine Order.

Mier Mansion
The mansion originally belonged to Count Wojciech Mier, poet and translator, but later transferred to the genus Potocki. The mansion is a two-story classic-style building with ornate risalite on the front facade.

Trinity Church
This parish church was built in 1616. It is a one-story building surrounded by a defensive wall with fire holes. The main room / main ship of the church is connected to the choir without special separation. Two chapels, lower than the main ship, built on each side, form a so-called pseudo-transept.

Leżajsk's Museum
The museum is located in the city center, in a beautiful 18th century building: Starostgården.
The museum was founded in 2008 and has three main sections: Exhibitions around the brewery business, exhibitions around the toy manufacturing industry and exhibitions that more generally relate to the history of the area.
Starostgarden's history goes back to the first half of the 16th century. When King Zygmunt I Stary founded the city for the second time, the then star cheese, Krzysztof Szydłowiecki, erected an impressive residence building. This first star oasis included both a residential building and several farm buildings, all surrounded by a land wall with a defense tower. In 1657, the star cheese farm was destroyed during an attack by a.k.a. Cossacks and Hungarians; in 1664 the farm was rebuilt in wood and stone. The current one-story building complex was built by star architect Józef Potocki in 1760-70. In 1932, the buildings were purchased by the municipality and furnished for school. Since 2008 it has been a museum.

City Hall
The current town hall is a two-storey building from 1869-70, erected by the builder Karol Kubik on the site of the former town hall. Very striking is the square town hall tower (and bell tower) in six floors.

The landscape is characterized by the river San’s lower river valley. 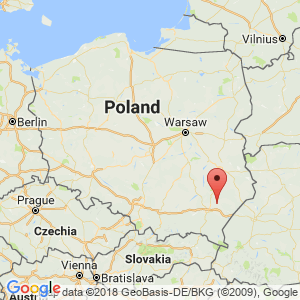