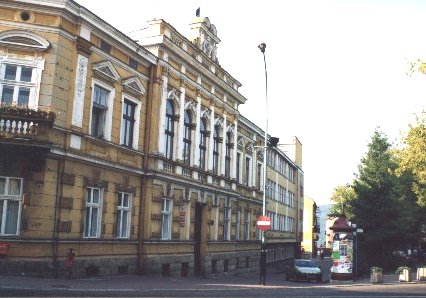 Sanok is located on the San River (hence the name) in the southern part of the Podkarpacie region. The city is the administrative seat of a powiat (district) as well as of the city municipality of Sanok and the rural municipality of the same name.
Sanok is located just north of the Bieszczady mountain range and at a very short distance (to the east and southeast) from the Góry Słonne Nature Park.
Through the city, the main road runs from Krosno to Lesko and on to Ustrzyki Dolne and thus Bieszczady. An equally important road goes east to Przemyśl and on to the Ukrainian border.

Already in the middle of the 12th century. Sanok was a fortified city and an administrative center. The town was also in the middle ages court of the local and regional judicial authorities. Around 1340, Kazimierz confirmed the Great Sanok’s marketplace rights. The Gothic castle in Sanok was rebuilt in the 16th century. in the Renaissance style. Great importance for the spread of education and culture in the 19th century. got the printing press founded in 1848 by Karol Pollak. In 1861, Pollak started a bookstore and a rental library. A machine and carriage factory founded around 1890 forms the basis of the present bus factory: Sanocka Fabryka Autobusów “Autosan”. During World War II, Sanok was occupied by the Germans on September 9, 1939. In August 1944, the city was occupied by Soviet forces. The war caused a great deal of devastation, especially within the industry. 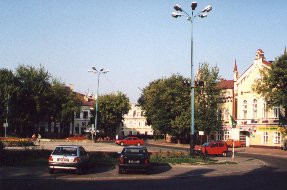 The square in Sanok

Sanok is an old town with many listed buildings.
Borgen . The Gothic castle was rebuilt in the Renaissance style in 1523-1548. The side wings were destroyed in the 19th century. framework for permanent exhibitions (History Museum).
Budynek Zajazdu from 1775-99 is now the seat of the board of the Historical Museum.
The Russian Orthodox Trinity Church , built in 1784 in a classicist style.
Franciscan and the abbey church from 1632-40 – in Baroque style, later rebuilt.
City Hall from the 18th century.
Budownictwa Ludowego Museum – the largest open-air museum in Poland. – Page in English: Ethnographic Park – Skansen . 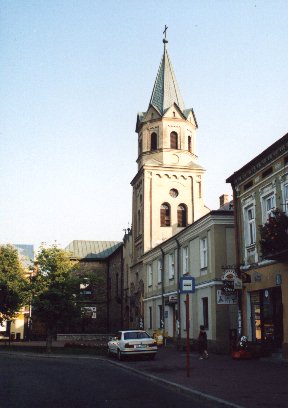 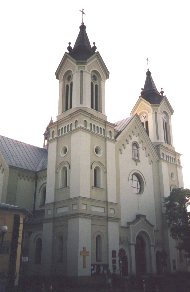 The Church of the Lord's Transformation. Parish Church in Sanok

Bieszczady
nature park “Góry Słonne” was established in 1992 with an area of 38,096 ha. Following border changes in 1996, the area is now 51,392 ha. The park's eastern border is the state border with Ukraine. The southern border is the road line between Lesko and Ustryki Dolne; the west boundary follows the San River. A smaller part of the park is located in Sanok municipality. 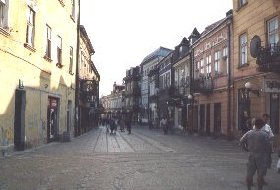 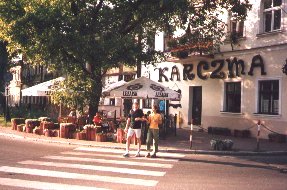 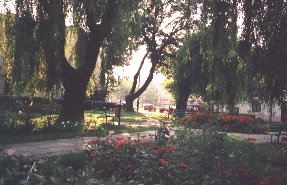 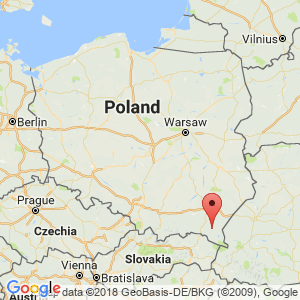