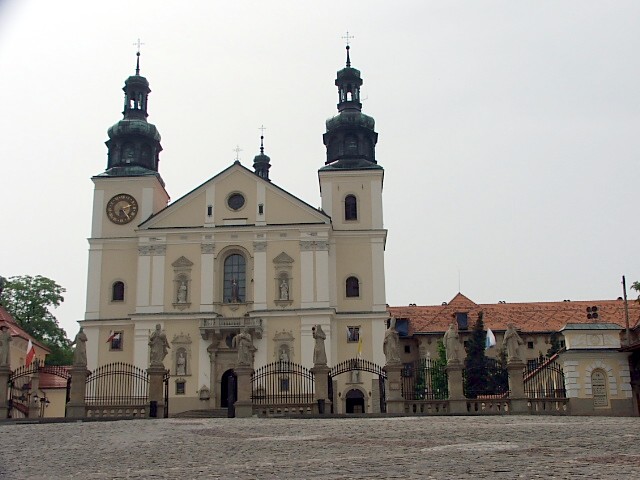 Kalwaria Zebrzydowska. The Abbey and the Abbey Church

The pilgrimage site Kalwaria Zebrzydowska is a small picturesque town southwest of Kraków with a monastery complex from the beginning. of the 17th century. and with 42 small churches and chapels scattered on the heights around the city. The town itself is located in a valley between two low but beautiful mountain ranges on the border of the Beskid Makowski mountain range. The city is intersected by the main road from Bielsko-Biała to Kraków.
It is – popularly said – a city of carpenters and shoemakers, and it is very well known for its furniture making. Every year, both in the spring and in the summer, furniture fairs (Targi meblowe) are organized, where the craftsmen exhibit their own products.

The history of the town dates back to 1617 and is closely related to the history of the church. The Krakow County Governor, Mikołaj Zebrzydowski, paid for construction in the 17th century on the slopes of the mountain of a monastery and a number of chapels called Chapels of the Lord's Road of Passion, following the pattern of the Road of Suffering in Jerusalem. Over time, a large complex of paths and chapels has emerged here: Dróżki Kalwaryjskie, which together with the Bernadine monastery is one of the foremost architectural attractions in Poland.

Bernadiner Monastery (Klasztor OO Bernardynów)
The monastery complex, together with the chapels on the path of suffering (the crossroads) can be found at UNESCO’s list of the world's cultural heritage.
The Abbey and Abbey Church is a late Baroque-style edifice with a transition to Rococo style and with distinctive pillars. The interior of the monastery and the church is decorated with polychromy and contains old, preservation-worthy crusades, several valuable pictures and fixtures with inlaid works. 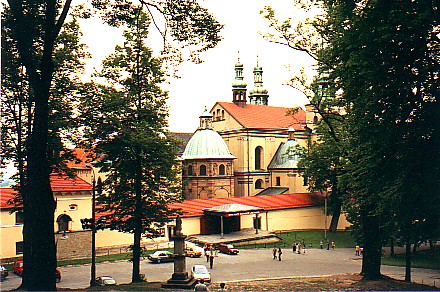 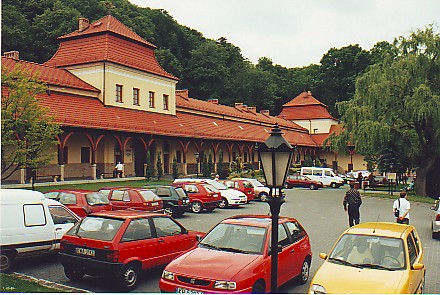 The path system with a very interesting architecture (the chapels on the Road of Suffering) is naturally intertwined in the landscape around the monastery and forms the Pilgrim Park with kilometer-long avenues and forest information. The Bernadine monastery in Kalwaria Zebrzydowska has been given the honorary designation by Pope John Paul II “Bazylika Mniejsza”. In the monastery a priesthood seminary is run today. At the monastery there is also a Pilgrimage House, where the pilgrims who arrive at Kalwaria Zebrzydowska can stay overnight. 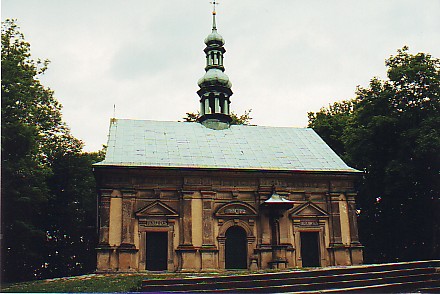 One of the chapels on the hills near the monastery 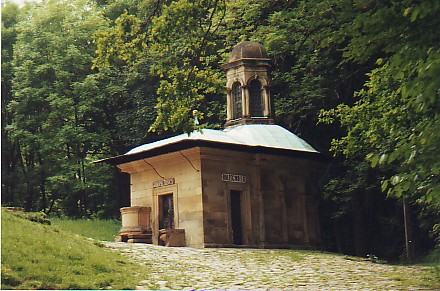 One of the chapels on the hills near the monastery

Next to Częstochowa, Kalwaria Zebrzydowska is one of the most important pilgrimage destinations in Poland. Every year, several religious ceremonies take place, involving pilgrims both from Poland and from abroad. The greatest influx of pilgrims occurs in connection with the main celebrations such as: Easter week's unofficial celebration of the Mystery of Christ's Passion as well as the holidays Virgin Mary's Ascension (15 August).
Kalwaria Zebrzydowska is a very special cultural monument where the landscape itself is used as a backdrop for a symbolic representation of the events on the path of Christ's suffering in the form of chapels and paths. The result is a cultural landscape of great beauty and spiritual value, combining natural and man-made elements in a harmonious way. 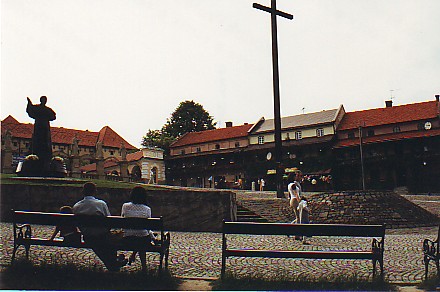 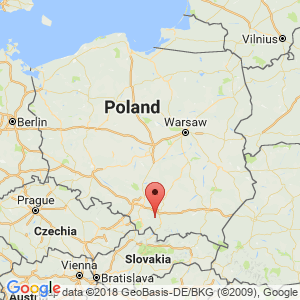