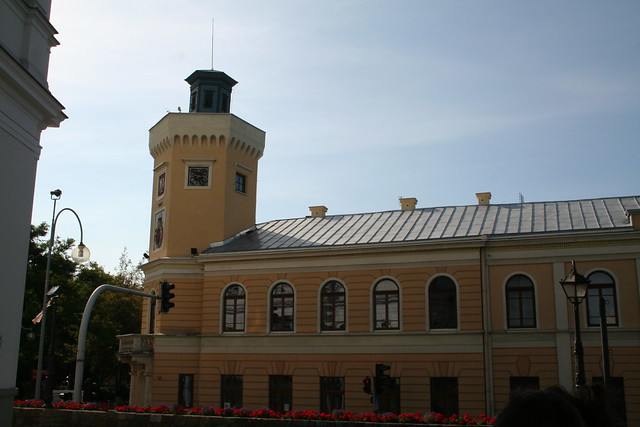 Regional Museum of Radomsko. – Photo by: Jim McDougall on Flickr

Radomsko is located in central Poland, south of the county capital of Łódź.

The first written mention of Radomsko is from 1243. The town was granted market town rights in 1266, issued by the prince of Sieradz, Leszek Czarny (the Black). In 1382 and 1384 a nobility assembled in Radomsko with the purpose of electing a king of Poland.
In 1624, Radomsko was looted and burned by Lisowczycy, an irregular branch of the Polish cavalry; they were not paid but allowed to plunder wherever they came, and they were known for their brutality.
At the second division of Poland in 1793, the city came under Prussia. From 1815 to 1832, the city was part of the Congress pole (Królestwo Polskie, also called Królestwo Kongresowe) in personal union with Russia. From 1832-1918 the area was an integral part of the Russian Empire.
On the first day of World War II, the first bombs fell on Radomsko, killing 30 civilians and destroying the city center. During the war, many Germans were executed by the Germans, including all the residents of the Jewish ghetto.

Church of Mary Magdalene
is a wooden church built in the 16th century. with extensions in the 18th century.

City Hall
from 1857, built in romantic style. It now houses the Regional Museum in Radomsko.

A few kilometers south of the city, Warta, Poland's third-longest river, runs in its upper course, here to the west.

Booking.com
Radomsko – in Polish and English, with practical information for tourists

Radomsko – in Polish and English, with practical information for tourists

Radomsko – in Polish and English 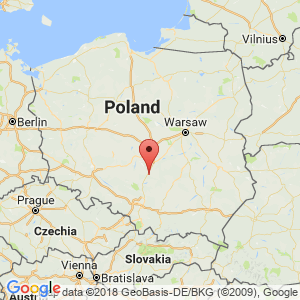