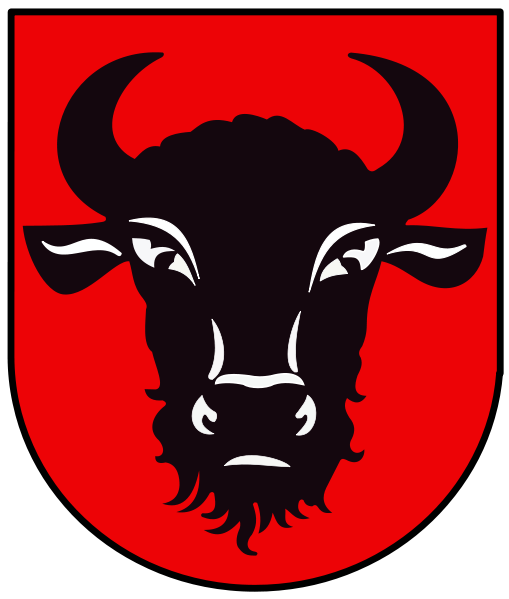 Zambrów is located in eastern Poland, southwest of the county capital of Białystok. The town is today in Podlasie County, but historically it was part of the Mazowsze region. The main road through the city connects Warsaw with Białystok.

The name of the town comes from the old Polish “ząbr“that means “habitat of the bison”. In the city weapon is a bison head.
The first mention of a settlement by the name of Zambrów, as a village owned by a prince, dates from 1403. The village was originally the property of the Masovian princes. Recognition as city and market town rights was given Zambrów at some point shortly before 1430, but the exact year is unknown. When Mazowsze was incorporated into the Polish state, Zambrów became a royal city. Zambrów then became the administrative center of a district (powiat), which city remained until 1795.
Zambrów’s flowering time was at the end of the 15th century. and the beginning of the 16th century. The Swedes campaigned in Poland in the 17th century. and the wars of the early 18th century. caused significant destruction in the city. In 1795 much of Poland – including Zambrów – came under Prussian rule. From 1815, the city was part of the Kingdom of Poland, a sound state in personnel union with Russia. From 1866 the area was incorporated as part of Russia.
As a result of the construction of the road from Warsaw through Zambrów to Białystok in the middle of the 19th century. the city grew and business developed. As a result of Russian repression following the Polish uprisings against Russia, the city lost its status as a market town in 1870. At the end of the 19th century. the Russians built a large barracks complex in Zambrów. However, during the same period several industrial companies also emerged.
The re-establishment of the Polish state after the First World War brought stability and development throughout the region. In 1919, Zambrów regained his status as a market town. Throughout the interwar period, Zambrów was characterized as a garrison town. During all those years, Polish soldiers were housed at the city barracks.
In 1939, there were 7,500 inhabitants of the city, about half of whom were Jews. On September 10-13, fighting took place in the vicinity of Zambrów between Polish infantry and a German armored corps under General Guderian. Polish resistance was broken, and by the captured Polish soldiers, approx. 200 murdered. According to the Ribbentrop-Molotov Pact, Zambrów was occupied by the Soviet Union. During the war there was a ghetto for Jews, camps for prisoners of war and for forced laborers.
In 1946 there were only 4,130 inhabitants of Zambrow and the war destruction was estimated at approx. 43%. However, the city was rebuilt relatively quickly. In 1954, a large cotton factory opened in Zambrów, employing about 3,000 people, especially women. In the following years, the food industry developed significantly. From 1999, Zambrów again became the administrative center of a district.

Church of the Trinity
The church dates from 1874-79, built in the Neoromanian style. It is a three-ship church with a transshipment. The building concludes with a pentagonal apse.
In the cemetery is a tomb for the perished rebels from 1863-64. On the tombstone are the names of the perished. – Next to this grave is a common grave for the soldiers killed during the battle of Zambrów in September 1939.

The Jewish cemetery
The cemetery was built in 1828 and expanded at the end of the 19th century. According to Jewish traditions, there is a well at the entrance gate where the ritual washing after burial can take place.

Bisonstatuen
A statue of a bison, done in bronze, by the inhabitants called “Zambruś”. The statue should remind the origin of the town's name, just as the city arms do.

Czerwony Bor
“The Red Forest” is located west and north of Zambrów. It extends over approx. 60 km in a north-south direction and covers over 10,000 hectares.

Zambrów – The official site of the city in Polish and English. 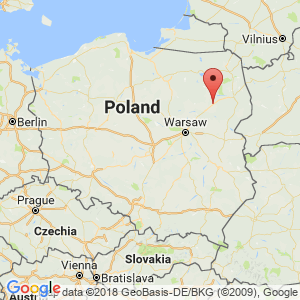