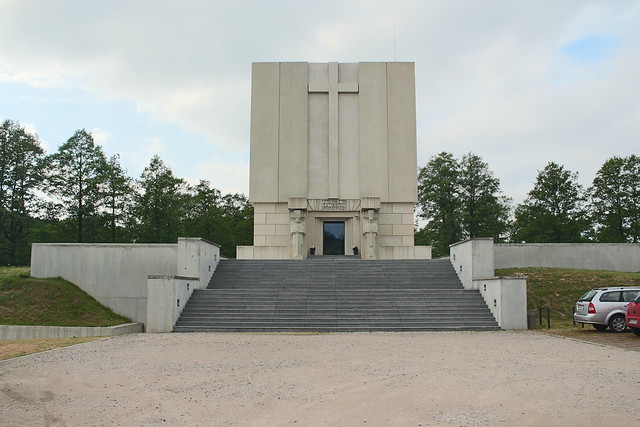 Ostrołęka is located on the river Narew in eastern Poland, northeast of the capital Warsaw. The name of the town refers to the meadows along the river that flood in the spring (łąka = eng).

The town's history goes back to the 11th century, where on an island on the river Omulew’In the mouth of Narew there was a fortified settlement. This settlement was the beginning of the present city. The first document that mentions Ostrołęka as a city dates from 1373. In that year, Ostrołęka was granted commercial property rights, issued by Masovian prince Siemowit III.
In 1526, the city was incorporated into the Polish kingdom, where it was ruled directly by Queen Bona. Unfortunately, the rapid economic development that led to this was followed in the following decades by violent fires, epidemics and wars (the war with the Swedes), with the destruction of large parts of the city. Real economic progress did not come until the end of the 18th century.
After the third partition of Poland, the city came under Prussia.
In February 1807, at Ostrołęka, a battle took place between a French army force under Napoleon and Russian forces. This battle was won by France, which is why the name Ostrołęka has been engraved on the Arc de Triomphe in Paris.
In 1815 the city was incorporated into the Polish Kingdom (called “Congress Poland”, a Polish satellite state that existed between 1815 and 1918 in personal union with Russia, the Russian tsar being crowned king of Poland.
In 1829, there were 2,883 inhabitants of the city.
At Ostrołęka, Polish and Russian forces fought one of the biggest and most bloody battles during the November uprising of 1831.
One of the fronts during World War I went through the city. Many devastations followed. When the Russian army withdrew, it burned down the city. After Poland's rebirth as a state in 1918, Ostrołęka had to go through a long period of necessary reconstructions.
In 1937 there were 13,650 inhabitants of Ostrołęka.
During World War II, Ostrołęka was taken by the Germans on September 8, 1939. The Nazis set up a forced labor camp in the city. About 1000 of the city's inhabitants perished during the occupation. The resistance movement, ie. Armia Krajowa, was very active in Ostrołęka. The city was liberated on September 6, 1944.
After the war, in 1950’The cogeneration plant and the Cellulose and Paper Factory Ostrołęka came into existence. Later, in 1970’In addition, there was another power plant, a meat factory, a cell concrete plant, a milk condensing plant and others. – at the same time institutions and functions such as hospital, bus station, cultural center and stadium.
In 1979, the entire northern part of the country, including the Ostrołęka area, was threatened by the greatest flood in the history of Communist Poland; the water level in Narew rose to a level of approx. 6 meters.
Today, in addition to elementary schools, there are several colleges and some higher education institutions in the city. The largest companies include Stora Enso – today the leading manufacturer in Poland of cellulose and packaging of paper and cardboard – as well as the cooperative dairy Ostrołęka. As of 2007, an area of 86 hectares in the Ostrołęka area belongs to the Warmia-Mazury Special Economic Area.
A symbol and landmark of the city is the modern bridge over Narew with a bridge arch that is high and distinctive and visible at a long distance; the inspiration for this was a bridge in Seville.

City Hall
- also today the seat of the municipal administration – was built in 1820’the classicist style. The town hall has been rebuilt several times, most recently in 1997.

Madaliński Bridge (Most Madalińskiego)
There are two bridges in Ostrołęka that connect the eastern and western rivers. The northernmost is Stary Most, in the northern part of the old town. The southernmost is the Madaliński Bridge, in the southern part of the old town.
The bridge is a type of arch bridge in which the superstructure is designed as a bow with direct suspension of the bridge path, which consists of four bridge subjects. The construction rests on four pillars, 2 on each side of the river, ie. there are no bridge pills located in the water.
The bridge was built in the years 1994-1996, and the inspiration for this was first and foremost the Barqueta bridge in Seville.

Museum of the Kurpian Culture
The museum is housed in a building on pl.Bema nr.8, which formerly housed the post office. Since 1975 the museum has been working on collecting and presenting examples of the cultural heritage, with exhibition, teaching, research and popular science publishing.

Gallery Ostrołęka
is located on pl.Bema no.14 in a former grocery store. It is a municipal institution that has been operating since 1988 within the framework of the Ostrołęka Cultural Center. The company includes education, information, cultural and social activities. In addition to exhibitions and varnishes, chamber concerts are organized with classical and jazz music. There are activities for children, adolescents and adults in a painting workshop, drawing workshop, graphic and other workshops.

Parish Church of the Virgin Mary's Visitation Church
is the oldest church in the city. It was built in 1399 in Gothic style, donated by Janusz I the elder, prince of Mazowsze. The building has been destroyed and burnt several times. At the transition between the 17th and 18th centuries. the church was rebuilt and the interior furnished with Baroque-style decorations. However, the choir still has Gothic features. In the exterior wall of the church you can still see stone balls and metal balls, among others. stems from the wars against the Swedes. A 13 meter high bell tower from the 18th century. stands next to the church. In 1999, the church was expanded with side ships and a porch.

Antoni Padewski Church
is a former monastery church located in the monastery complex at Gomulicki Street No.1. It is the most impressive building complex in Ostrołęka. This includes the Baroque-style monastery, the former monastery buildings with a monastery garden and an inner courtyard surrounded by a pillar. The complex was built in 1666-1696.

Saint Wojciech’s Church
Originally, it was a Greek-Catholic church built in the late 19th century. for use by the Russian soldiers stationed at the barracks. It is now a Catholic church.

mounds
An early medieval rampage, the remains of a defense facility probably from the 12th or the end of the 11th century.

River Narew
is the 5th longest river in Poland (484 km of which 448 in Poland). It is a right tributary to Wisła. Narew flows through northeastern Poland, but has its origin in Belarus.

For anglers and water sports enthusiasts, including kayaking, there are great opportunities in the area with a short distance from the city to the rivers: Narew, Bug, Omulew, Orzyc, Rozoga and Szkwa.

The Kurpic folk culture
To the north of Ostrołęka, the Puszcza Kurpiowska nature area extends with central cities / villages such as Kadzidło, Myszyniec and Łyse. The local population is generally called in Polish “Kurpie”, while using the designation themselves “puszczacy”. For centuries they have had their own folk culture, among other things. in areas such as architecture, clothing and art. The museum in Ostrołęka, which has the task of preserving and presenting this folklore, is mentioned above. 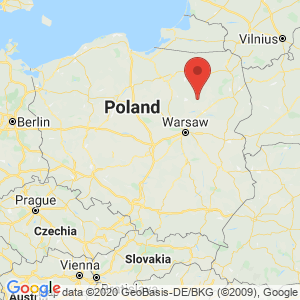