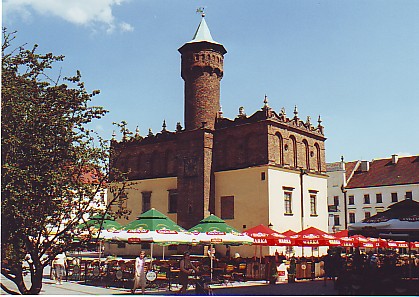 Tarnów is the second largest and second most important city in the southern Polish region of Małopolska. Compared to the three closest regional capitals, the city lies between Kraków (to the west) and Rzeszów (in Podkarpacie, to the east); to the north lies Kielce (in the iwiętokrzyskie region). 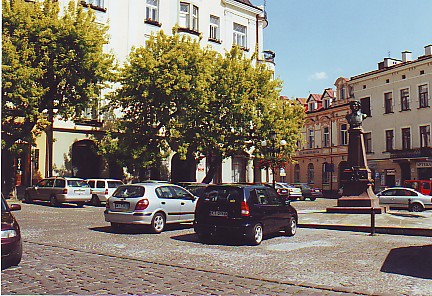 The memorial on Plac Kazimierza Wielkiego with a bust of national poet Adam Mickiewicz, created by sculptor Tadeusz Błotnicki

Tarnów is famous for its rich Renaissance architecture. The town hall, the town halls on the square, the cathedral and other buildings on the cathedral square are admirable and contribute greatly to the city's special beauty and charm.
One should, among other things, see:
The square (where each house has its own interesting building and cultural history); City Hall; Cathedral; Cathedral Square; District Museum; Dom Mikołajowski; The Order of the Bernardine Order and Abbey Church; The Jewish Cemetery; The ruins of Tarnowski Castle; Wedding palace; Old manor house with grain store at ul.Krakowska; The mausoleum of General Józef Bem – mm 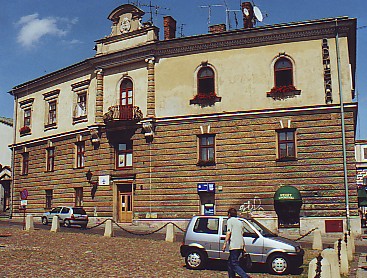 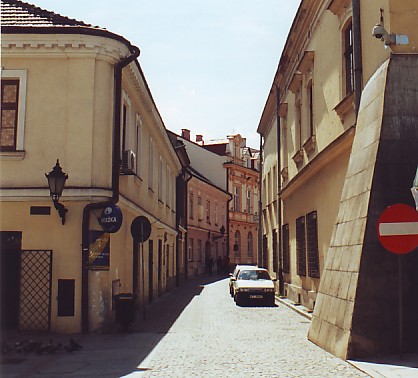 Old, narrow alley, ul.Krótka, seen from the square. The alley connects the square with Kazimierz Wielki Square. The corner building on the right is Rynek (Torvet) no.5 with the Tarnów Cultural Center 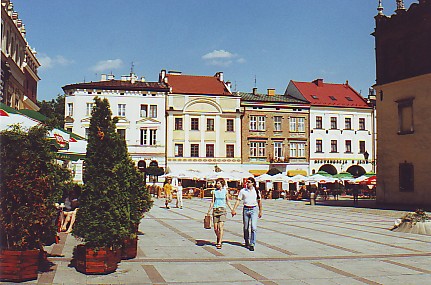 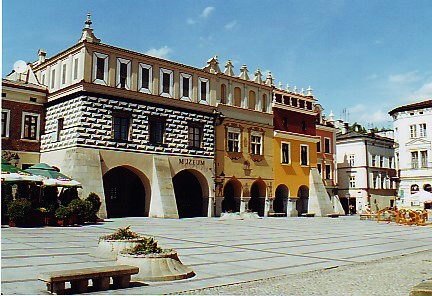 The north side of the square with, among other things, no.21, which now houses the District Museum (Muzeum Okręgowe) 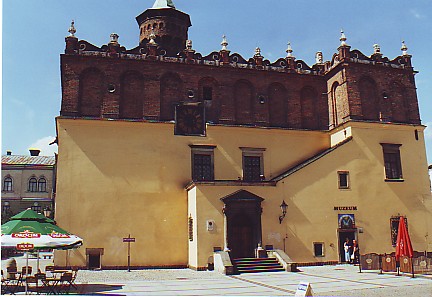 South side of City Hall

The south side of the square (th.) To the left is the town hall and the southern corner house on the east side 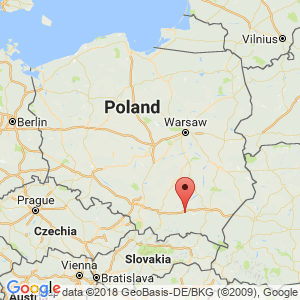