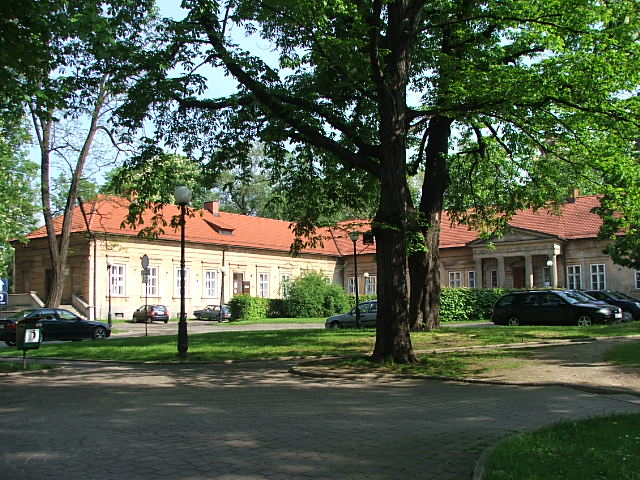 Andrychów is located in western Małopolska, just north of the Beskid Mały mountain range. 27 km west / southwest lies the larger town of Bielsko-Biala. Through Andrychów – from the south to the north – flows the Wieprzówka River, a western tributary to Skawa. Highway 52 passing through the city connects Bielsko-Biała with Kraków.
In the business world, the cotton and machine industries are of the greatest importance.

There has been a total settlement in this place since the 13th century. The city gained market town rights in 1767. Between 1772 and 1918 Andrychów belonged to the Austrian party of the divided Poland. The tradition of weaving crafts in the city developed in the 20th century. for a factory industry; at the beginning of the century, the first mechanical weaving mill in the Austrian province of Galicia was created here in Andrychów.
During the German occupation in World War II, there was a labor camp and a ghetto.
Today, tourism has a growing impact on the city's economy. 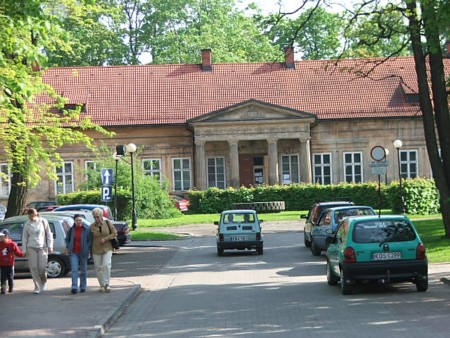 The castle in Andrychow. The main wing 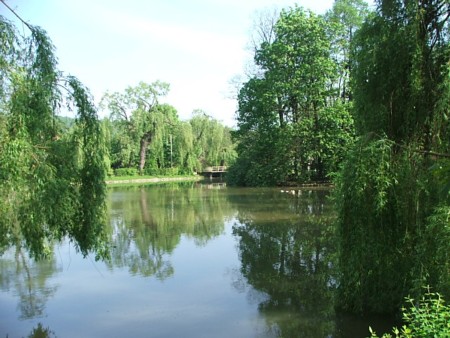 The lake in the castle park

The palace.
The castle of Andrychów, which belonged to the Bobrowski family, is classicist style and built in the first half of the 19th century; it is surrounded by a park. The castle floor plan is a square that is open on one side; there is an inner courtyard. The castle now houses several institutions, including a cultural center and an interesting regional museum with exhibitions showing the development of the weaving technique as well as the history and culture of the region. In the park there are several rare trees and a small lake where you can sail in a rented boat. 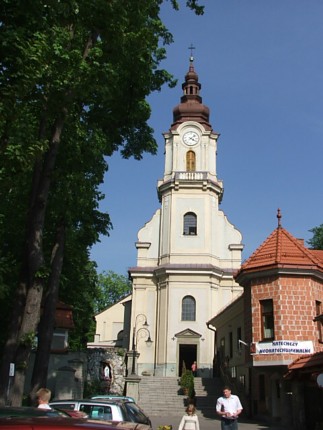 Saint Maciej’s Church.
The church, which is near the park and castle, dates from 1721. A chapel is built on the south side. The majority of church equipment is in Baroque style; some probably originate from a former, tree-built church.

The city is a good starting point for excursions in the mountains of Beskid Mały. A scenic road leads from Andrychów to the south via the Kocierska Pass and through the mountains to Lake wywiec and the town of wywiec.

Inwałd
In the village of Inwałd just east of Andrychów you will find two major tourist attractions:
miniature park “Swiat Marzeń” (World of Dreams) featuring thumbnails of famous buildings from around the world,
Dinolandia, dinosaur park and amusement park – not least for children, and
Mini-Zoo

Rzyki
At the village of Rzyki southeast of Andrychów you can visit:
Czarny Groń (sports and entertainment park – with rope climbing park – widely used for team building courses) and
Trollandia (rope climbing park). 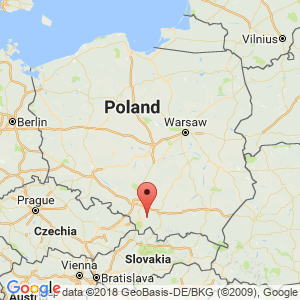