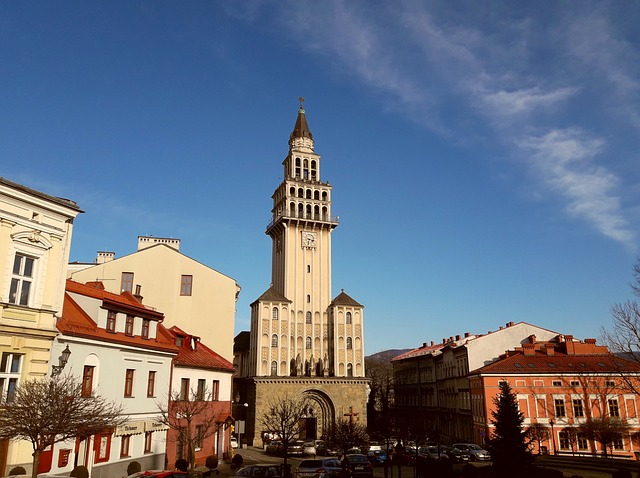 Bielsko-Biała is located in southern Poland, on both sides of the river Biała (tributary to Wisła) and at the foot of the mountains of Beskid Śląski and Beskid Mały. The city itself is at an altitude of 300-400 meters
Bielsko-Biała got its current double name in 1951, when the two cities: Bielsko and Biała, located on either side of the river Biała, were joined. The river formed a border between Silesia and Małopolska, but at the same time it was also – for centuries – a national border. The oldest town, Bielsko, dates from the second half of the 13th century. and was founded by the prince of Cieszyn, Mieszko I (of the genus Piast). From 1327 Bielsko was within the borders of the Czech Kingdom; from 1526 Bielsko came under the Austrian Habsburg monarchy. The small town of Biała in Małopolska (on the other side of the river) was thus border town for a long time. After Poland's first division in 1772, Biała also came under Austria – as part of the newly created province of Galicia. The last private owner of Bielsko was from 1752-1848 the prince Sułkowski. Only after 1918 did both cities return to the Polish state, which was restored after World War I.

Sułkowski Castle in Bielsko-Biała and (th) a baroque town house by the castle hill (ul.Wzgórze)

Characteristic of the city's population before the Second World War was that it was multinational, consisting of Poles, Germans and Jews, as well as Czech, Hungarian and Italian elements. Several faiths were represented: Protestants, Catholics, and Jews.
Bielsko became known for its woolen fabric early on, and the city's textile production evolved from small craft companies to an extensive factory industry. The first machine in the textile industry was commissioned in 1806.
During the occupation of World War II, a strong Germanization took place as well as an actual persecution and extermination of the non-German population. After the war, the city had changed character. The multinational features disappeared. The German population was relocated to Germany and replaced by Poles – migrants from the former Polish eastern regions as well as from Warsaw.
In the architecture and in the special atmosphere of the double city you can still find memories of the Austro-Hungarian period.
Bielsko-Biała was until 1999 the main city in an independent, southern Polish county. The city is now the main city in a district under the Silesian county and, moreover, has its own district status. Bielsko-Biała remains one of the region's most important cultural centers; Here are several museums, galleries, theaters, cinemas and cultural houses. The city also plays a significant role in business, tourism and health care. 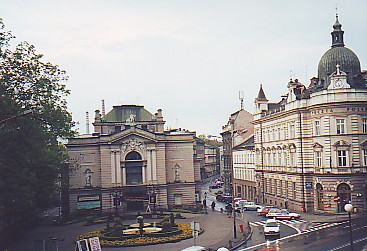 Violence in Stare Bielsko (Old Bielsko) .
The violence in the district of Stare Bielsko dates from the 12th century; it is the remains of a fortified settlement, which is approximately annular and covers an area of approx. 3 ha. The violence scene is surrounded by a double violence with a moat between the two ramparts.
The prince Sułkowski’s city .
The castle was formerly the seat of the princes of Cieszyn and is listed in the second half of the 14th century. with extensions and changes in the 15th-17th century. and again in the 19th century. The building now houses the District Museum.
City Hall.
The Town Hall was built in 1895-97, designed by Emanuel Rost in an eclectic style.
The Polish Theater.
The theater originated in 1889-90 designed by architect Emil Förster in the neo-classical style. The building was created under the impression of theater architecture in Vienna and Budapest. The theater was rebuilt in 1905 and 2000.
Væverhuset.
The house, originally built in the second half of the 18th century. as a regional style wooden building, was the residence and weaver's workshop for the guild master. The weaver's house was burned in 1951 and burned again in 1987, but has been reconstructed in the years 1987-1991.
Martin Luther Church.
This is an evangelical church, located in Biała, built in 1792-98 in a classicist style. Extension with extension of the current tower in 1832-33.
Saint Nicholas Cathedral.
The church was built in the years 1443-47, built in Gothic style, but was destroyed by fires in 1659, 1750, 1808, 1836 and 1860. Extensive rebuilding and expansion in 1908-10 following drawings by Leopold Bauer of Vienna.
St. Stanisław Church.
The church, located in the district of Stare Bielsko, was built in the second half of the 14th century. and renovated with extensions in 1830-33.
The Monument to Martin Luther.
The monument at Plac Marcina Lutra was erected in 1900 and is a bronze sculpture by artist Franz Vogel from Vienna. It is worth noting that this is the only memorial to this ecclesiastical reformer found in Poland.

Booking.com bielsko.biala.pl – Here you will find practical information for tourists 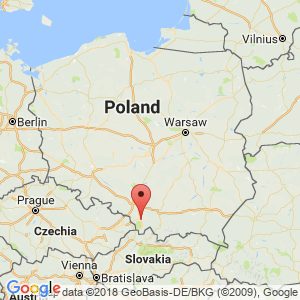