Koszalin on the Dzierżęcinka River – and only 12 km from the Baltic Sea – was previously the county capital, but is now located in the eastern part of West Pomeranian county. Today, 40% of the urban area is covered by forests, parks and other green areas. The city is a regional cultural center with a regional museum, Philharmonic Orchestra (Koszalińska Filharmonia), two theaters, a municipal cultural center, dance troupes, singing choirs and art galleries.
History: The village of Koszalice was owned from 1248 by the diocese of Kamień Pomorski. Koszalin gained marketplace rights in 1276. In the middle of the 14th century. the city council decided to buy the entire Jamno lake as well as the seaweed between this lake and the Baltic Sea. A port was built at Unieście on the shore, from where products from agriculture and forestry began to be exported to Scandinavia, Gdańsk and Lübeck. In the 15th year. the city became a full member of the Hanseatic League. After the 30-year war, Koszalin – along with all of West Pomerania – became subject to Brandenburg and then Prussia. – During World War II, the city was significantly destroyed. Koszalin was captured by the Soviet army in 1945 and subsequently incorporated into the Polish state.

The cathedral
In the center, in the middle of modern buildings, is the Gothic-style cathedral (from 1300-1333). During the summer season there are organ concerts.

regional Gallery
has collections in history, archeology and art.

City Parks (Park Miejski)
contains over 120 species of trees and shrubs, many of which are rare.

Góra Chełmska
Just outside the city, in the southeast, lies the hill Góra Chełmska (137 meters above sea level), an ancient cult site. On the hill there are important archaeological sites. There is also a Catholic chapel on the hill, to which pilgrims pilgrims from near and far. At the top was a tower built in 1888, from which there is a beautiful panoramic view of Koszalin.

Jamno Lake
8 km to the northwest lies Lake Jamno along the Baltic Sea.

Baltic Sea
To the Baltic Sea itself – and the small coastal towns Mielno – there is a distance of 12 km.

Łazy
Yazy is a quiet and peaceful holiday center on the Baltic Sea, located at the eastern end of Lake Jamno, 18 km north of Koszalin. On-site guests can enjoy the beautiful beach and the modern holiday centers and campsites. Popular hiking trails lead along the shore that separates Jamno Lake from the Baltic Sea as well as towards the village of Bukowo.

Krąg.
At the village of Krąg, approx. 60 km east of Koszalin, stands the Krag Castle, built in the 15th century. The building, which now houses a hotel (Hotel Podewils), is beautifully situated down to the castle lake, surrounded by a large conservation park area. 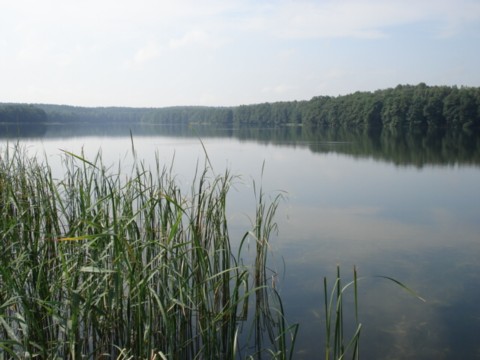 Polanów .
A few kilometers southwest of the small town of Polanów, there is a ridge called Święta Górka (Holy Mountain) or Święta Góra Polanowska with a cult site that has existed here since the 12th century. “The path of suffering”, marked with small folk sculptures and small chapels with names of saints. At the top of the hill (155 meters above sea level) is a wooden church built. 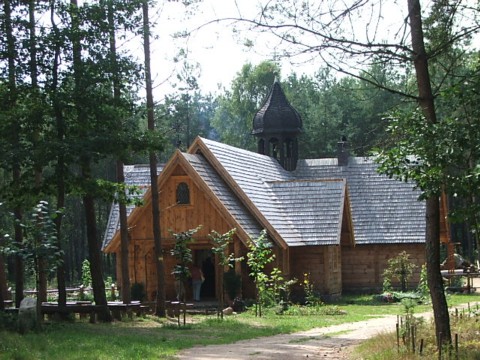 The church at the top of the Holy Mountain at Polanów

Koszalin The city's official site. In Polish, English and German. With practical information for tourists

Koszalin The city's official site. In Polish, English and German 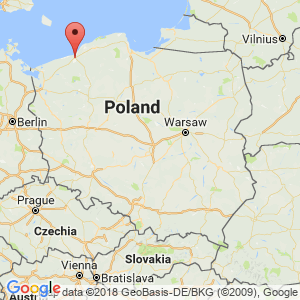