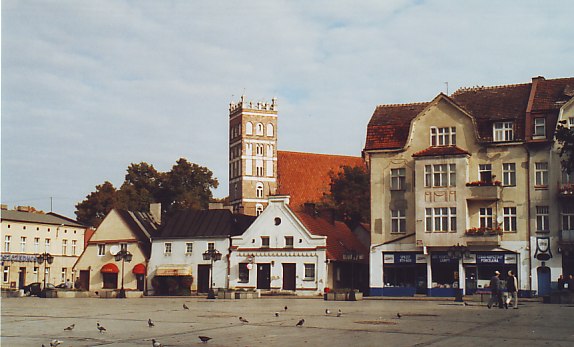 Środa Wielkopolska. The northern side of the square with (in the background) the Virgin Mary's Ascension Church

The exact time of the founding of the city is unknown, but it is believed to have occurred between 1253 and 1281. Środa was surrounded by a defensive wall through which 3 city gates led. The fortification of the city is mentioned for the first time in the documents in the early 1400s, but is of course much older. (The city wall was demolished after 1797). In 1793, Środa was taken by the Prussian army in connection with the division of Poland, and the city was then under Prussian rule until 1918.

Virgin Mary's Church of the Assumption
The parish church, in the late Gothic style, was rebuilt from 1423-1428, rebuilt around the year 1500. At the choir is added the Gostomski Chapel from 1598-1602 – in the late Renaissance style. 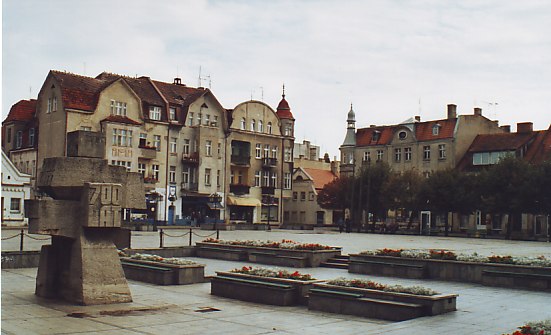 Streams and lakes
Near the south of the city of daroda, the river Moskva. The main tributary is Struga Średzka. In 1972 they built on Moscow’s run, on the outskirts of Środa, an artificial water reservoir. This also created a beach for the benefit of the city's inhabitants.