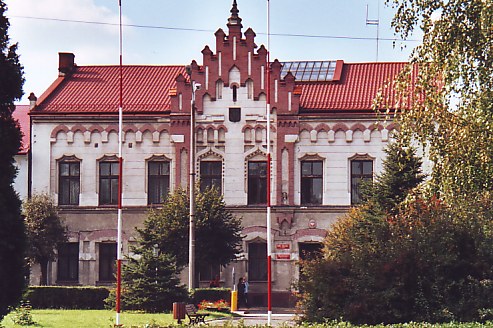 Town hall on the square in Zator

Zator is located in the western part of the Małopolska region, 45 km southwest of Kraków. The city is high on a hill and thus dominates the surrounding flat terrain where the river Skawa (coming from the south) north of the city has its outlet in the large river Wisła. At the top of the hill is the town's central square and the church.
The immediate vicinity of the city is characterized by rural peace, greenery, the clean and fishy waters of the Skawa River, and not least the numerous fish ponds.
Zator has existed as a city for over 700 years.

At the time of the Polish state's rise, the Zator area belonged to Małopolska, but around 1179 the area was detached from Poland and placed under Silesia, under the Silesian Piast princes. The first mention of Zator is from 1228. In 1281, Zator was incorporated into the newly created Principality of Cieszyn, under Prince Mieszko. In a document dated November 10, 1292, Prince Mieszko granted Zator the town of Zator city rights with the rights of the Lower Schlesian city of Lwówek as a pattern. In the 14th century. divided the Principality of Cieszyn into smaller principalities, including the Principality of Oświęcim (including Zator); this principality was later also split and in 1445 the independent princess Zator was thus created. The first prince, Wacław, fortified the city, expanded its borders and began erecting a castle. In 1456 the Principality of Zator was made a county of Poland and in 1494 the last prince, Janusz, sold his principality to King Jan Olbracht. In 1513, in connection with a battle over water for the fishing ponds around Zator, Prince Janusz was assassinated by the castle of Spytkowice, Wawrzyniec Myszkowski. The actual incorporation of the Principality of Poland was completed in 1513, after Prince Janusz’ death. The royal authority of the former principality, now part of the county of Kraków, was overseen by the Star oost. The city now enjoyed various royal privileges and the trade as well as the aquaculture had good times. The wars with the Swedes brought destruction to the city and economic downturn. After Poland's first division, the area came under Austria as part of Galicia, but in 1778 the Austrian government sold Zator to the last star cheese on the site, Fryderyk Piotr Dunin. From this time until the Second World War, the Zator area was owned by wealthy generals such as Dunin, Poniatowski, Tyszkiewicz, Potocki and others. The construction of the railway line from Skawina to Oświęcim contributed positively to the development of the city; trade, crafts and aquaculture flourished again, and new production companies emerged. In 1865 the local fire department was established, in 1871 a municipal reading room, in 1891 a district court, and in 1892 a telegraph office. During World War II, Zator was incorporated into the German Empire. In January 1945, the German forces were forced out of the city by the Russian army. After the war, the city is a service center for the local area and a seat for the municipal authorities. The new local autonomy gives hope for a more dynamic development in the future.

From Zator road no. 44 goes to respectively. Kraków and Oświęcim, No. 28 in the direction of Wadowice and No. 781 against Chrzanów.
Highway 28 begins in Zator, then goes south and then east. This road, one of the main thoroughfares from west to east in southeastern Poland, goes all the way to the border crossing to Ukraine at Medyka; Along the way, Highway 28 passes through cities like Rabka, Limanowa, Nowy Sącz, Gorlice, Jasło, Krosno, Sanok and Przemyśl.

Parish Church (St. Wojciech and Jerzy’s Church)
is built in 1393 instead of a former Romanesque church building mentioned in sources from 1292. The church is in Gothic style with elements of neo-gothic and is built of brick – the lower parts of the walls, however, of quarry stone. The church has been restored several times, most recently in 1956-73. From the interior of the church are bells from the 15th and 16th centuries, fragments of murals uncovered during the recent restoration, several epitaphs from the 18th and 19th centuries. and the Gothic main altar from 1886.
Near the church is a tomb monument in the form of an ancient sarcophagus of Princess Apolonia Poniatowska, owner of Zator in the 18th-19th century. In the crypt under the church are members of other distinguished genera associated with the city: Tyszkiewicz, Wąsowicz and Potocki. 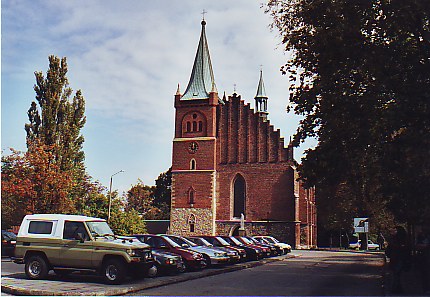 The parish church in Zator

The palace.
Originally the building (located near the church) was a castle with defensive features from the 15th century, the seat of the princes of Zator and since the Star Estates. In 1778, the building was purchased by the Dunin family and partially rebuilt with a third-floor extension. The following private owners of the castle were the Poniatowski, Tyszkiewicz, Wąsowicz and Potocki genera. In 1836 the castle was partially rebuilt and restored by the Potocki family to become a romantic neo-Gothic residence. Since 1946, the castle has been home to the Institute of Zootechnics and most recently to the Experimental Station for Fisheries. In 1964-73 the castle was basically renovated. Fully equipped halls on the ground floor, including The hunting room and the Golden Hall are available to visitors.

Fragments of the fortifications
around the city in the Middle Ages is preserved in the western part of the city.

Zatorland
Just south of the urban area (ul. Parkowa 7), east of highway no.28, is the Zatorland amusement park. There is much to experience for both children and adults. The park area is divided into several parks: Dinosaur Park, Mythological Park, Insect Park, Adventure Park, Marine Park, Luna Park (Tivoli) and Santa's Park.
The park's website: zatorland.pl . 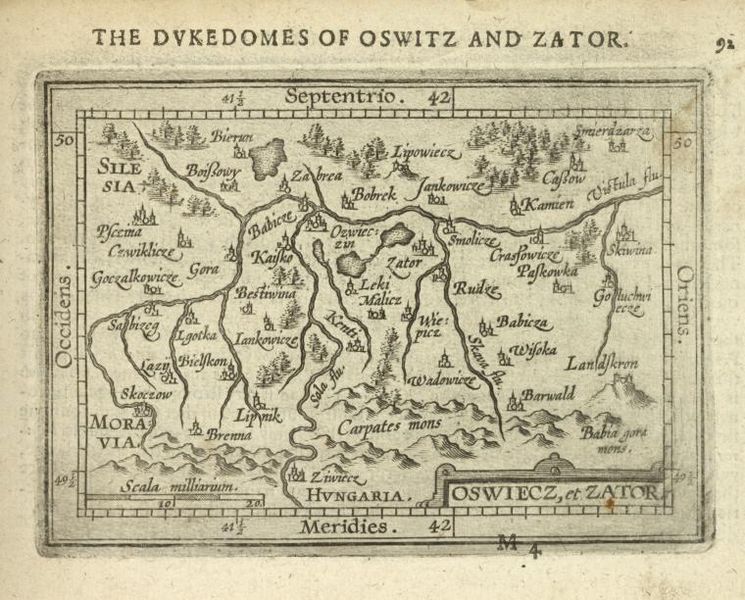 Booking.com
Gmina Zator – in Polish and English – with practical information for tourists

Gmina Zator – in Polish and English – with practical information for tourists

Gmina Zator – in Polish and English 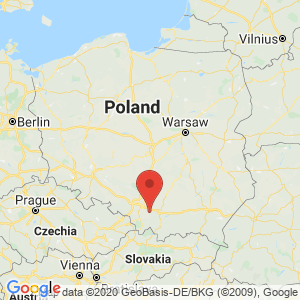