Zawoja is located at the foot of the Babia Góra mountain range in southern Poland (Małopolska County). There is no real urban structure; It is a large village and the most populous in the whole Carpathian region (about 7,000 inhabitants). In addition to being populous, the village is also considered to be the largest in Poland in terms of area. Zawoja extends over approx. 10 km and furthermore the settlement is characterized by being very scattered. Zawoja consists of many scattered districts and settlements, some the size of a small village, others consisting of only a few houses; there are over 100 of these settlements and these are the reasons why Zawoja has been named “the largest village”.
Zawoja is an independent rural municipality, to which also belongs the village of Skawica to the northeast.

In the Middle Ages, until the 12th-13th centuries. access to Babia Góra from the north was defended from the Carpathian Forest. Around the 15th century. the rural population increased significantly, with the felling of trees and the increase of agricultural land. It was a planned settlement action, led by the Starosteam of Lanckorona, during which the forests of Babia Góra’s north slopes heard. Of the settlers sent to the area, a certain percentage were prisoners of war from different nations and another group were peasants who were relocated from the densely inhabited regions of the lowlands. As a result of these actions, the village of Skawica emerged towards the end of the 15th century. and in the 16th century Zawoja arose. At the transition between the 16th and 17th centuries. For example, the settlements at the foot of Babia Góra were dominated by a wave of nomadic sheep herdsmen of Valacian origin who introduced and maintained the sheep team as a profession in the mountainous areas. These new migrants cleared large upland areas for mountains and pastures. The numerous rules issued by the landowners and the increasingly limited opportunities to acquire new grazing land eventually forced the migrants to furnish permanent settlements. However, the sheep team remained the dominant occupation until the early 19th century. Thus agriculture was in second place as a profession in this area in addition to sheep farming and the importance of agriculture did not increase until the end of the 19th century.
Until the end of the 18th century. the forests of Babia Góra retained almost entirely their original character. Here, the Carpathian forest, intersected by mountain trails, dominated through which sheep and cattle were driven to and from the pastures. Through the Babia Góra forests also led other paths (called “robber paths”), which went from Zawoja to Orawa (formerly of Hungary). Babia Góra was thus an excellent hideout for rebels. robbers, smugglers and others who were on the run.

Zawoja’s tourism development began as a result of the studies carried out by Hugo Zapalowicz (1852-1917) in the years 1870-1880 at Babia Góra. His dissertation on “The plant growth on Babia Góra seen from a geographical-botanical point of view”, describing the stratified structure of plant growth, aroused interest in this region among other natural scientists and naturalists. As a result, Zawoja gradually became popular and began to attract numerous summer visitors and tourists.
Hugo Zapalowicz became an advocate for tourism in this area. He founded and was the first chairman of the Babia Góra branch of the Polish Tatry Company. He also took the initiative to build a mountain hostel on Polana Markowe Szczawiny, located on Babia Góra’s northern slope. The hostel, which opened in 1906, still operates and is one of the oldest mountain hostels in the Beskidy Mountains.
In the interwar period, Zawoja is further developed in the tourist area, and the village and the area became a popular holiday destination for summer guests.

Particular emphasis should be placed on buildings:
The so called “Babia Góra Railway Station” (“Dworzec Babiogórski”), a wooden building, originally a guest house, erected at the beginning of the 20th century, Zawoja Center.
The old Polish inn (1836), Zawoja Centrum, today private residence.
Parish Churches (1888), Zawoja Center.
Outdoor Museum (Skansen), Zawoja Markowa.
The John the Baptist Chapel (Kaplicka pw. Św. Jana Chrzciciela), also called “Waster Chapel”, from the end of the 17th century, located in Zawoja Policzne. The chapel is erected in polished fieldstones; It consists of one room and is covered with an interesting roof, which has four sides, and goes up into an octagonal lantern with an onion dome, covered with roof shingles. The chapel stands surrounded by old lime trees. It is said to be founded by robbers who listed it as a votive gift, viz. a gift to God for forgiveness of their sins. During the time of the chapel's construction, several well-known robberies appeared in the Babia-Góra area.
PTTK Hostel, Markowe Szczawiny, 1180 masl, listed 1906. See also the review above. 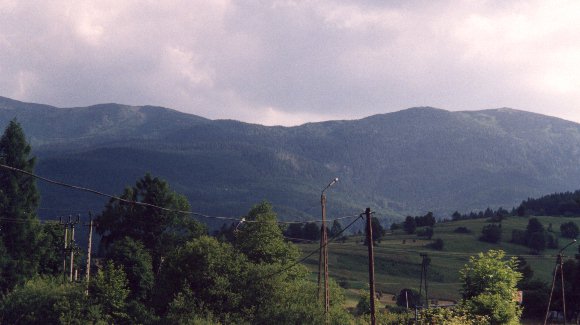 Zawoja Municipality is beautifully located in the eastern part of the Beskid Żywiecki mountain area, just north of “Queen of the Beskidy Mountains” Babia Góra. The many settlements, districts, small villages and groups of houses under the designation Zawoja are scattered on the slopes of the nearby mountain ranges: the Jałowiecki chain (1100 meters above sea level) and the Polica chain (highest point 1368 meters above sea level). Zawoja is an attractive area because of its special natural and landscape values. Of these, the most prominent since 1954 have been given special protection as a biosphere reserve under the name: Babia Góra National Park.

Skawica
The village of Skawica, northeast of Zawoja, lies at the lower reaches of the Skawica River, a tributary to Skawa. From the preserved documents, it can be concluded that the village existed long before 1593. Skawica first belonged to Mucharz parish, then – from 1646 – to nearby Maków Podhalański parish, and finally in 1819 the village was assigned to the newly established parish of Zawoja. In fact, Zavoja was initially considered part of Skawica and in the early years was referred to as “Upper Skawica”. 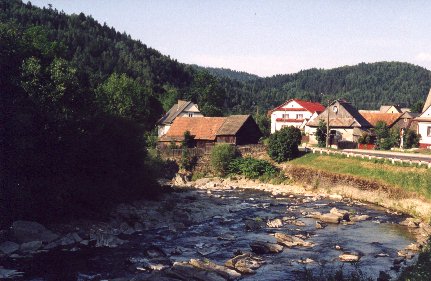 Babia Góra
Babia Góra is the highest mountain massif in the western Beskidy mountains. The highest point, “Diablak”, is 1725 meters above sea level and is visible at a considerable distance. The mountain range extends over approx. 10 km, between the mountain passes Jałowiecka (1017 meters) and Krowiarki (986 meters). surnamed “Queen of the Beskidy Mountains” is well-deserved solely because of the size of the massif. With very good visibility, the top can be seen as far away as in Kraków. 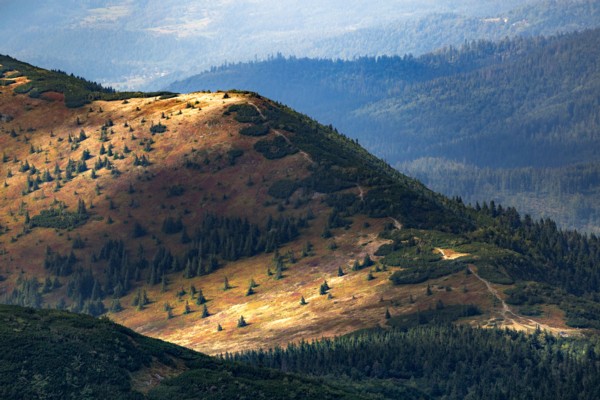 From the Babia Góra chain. Photo by Cezary Kukowka on Unsplash 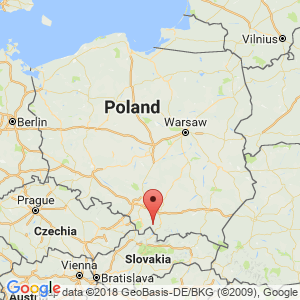