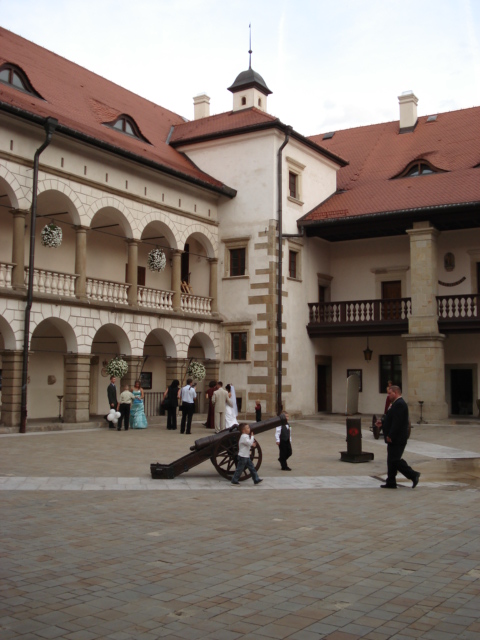 Niepołomice is located in Wieliczka district, Małopolska county, east / southeast of the city of Kraków. To the north, the municipality is bounded by the river Wisła.
The town's name, which also covers the eastern forest area, derives from an old Polish word meaning “difficult to overcome, to fight; difficult to clear, impenetrable”.

The town's history is inextricably linked to the castle and the Niepołomice forest (Puszcza Niepołomicka). Dating back to the time of the first Polish kings, when Kraków was the capital, the forest was known as a favorite hunting area. You do not know the city's founding document, perhaps there has never been one.
The first village, of course, emerged as a service building in connection with the hunting castle that King Kazimierz Wielki had erected between 1340 and 1349. In 1350 a parish was established.
The village developed further under Wladyslaw Jagiello, who was very happy to visit Niepołomice and which brought many guests. A census of 1564 shows that there were over 200 inhabitants, including several foresters, who had to monitor the condition of the forests.
Following the partition of Poland, the city was granted market town rights by the Austrian authorities. A state property administration, a district court and a customs and tax office were set up here. In addition, a large square was built. Niepołomice was then one of the more important cities east of Kraków; the one in the middle of the 19th century. created railway line from Kraków via Dębica to Lwów also passed Niepołomice.
After the end of the First World War, the Austrians left Niepołomice without resistance, and the inhabitants could then plant a “frihedseg”, which tree to date can be seen in the city park.
From 1920’During the outbreak of World War II, the 2nd Armored Division was stationed in Niepołomice as one of 2 military units of this type in Poland.
After World War II, the situation in the city was quite serious. Many residents had perished during the war, schools were not working and business was in ruins. Only at the transition between 1950’the 1960s’Once, it started to move forward again.

Royal Palace of Niepołomice
A four-winged plant near the small town square, originally erected by King Kazimierz the Great (Kazimierz Wielki), probably between 1340 and 1349. The original castle or castle was built of bricks on a boulder foundation. The floor plan was approximately square, with the side of the square being approximately 60 m. In the northeast and northwest corners stood square towers, while there were two wings in the plant's southern and eastern sides. Both wings were on two floors. The entrance was in the middle of the wall to the west that connected the northwestern tower with the south wing. In principle, the building was a defense facility, but it was also largely intended as a base for the king during his hunting excursions in the area covered by forests, ie a hunting castle. The northeastern tower had the character of a nuclear tower, ie. the last refuge of the crew in the event of an attack; in the basement there was a well. the east wing certainly had economic functions; the south wing was inhabited by the royal court.
Under King Władysław Jagiełło and his successors, the building served as a hunting castle and administrative center. 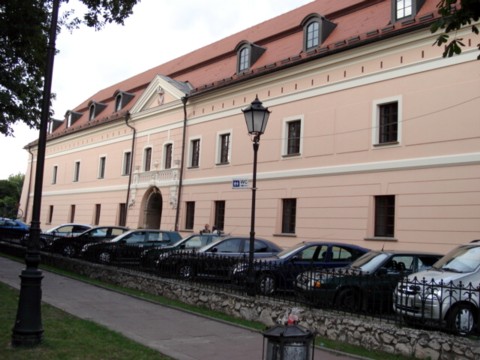 In the period 1506-31, the castle was rebuilt fundamentally by King Zygmunt I the Old. The plant was now four-winged with the addition of a north wing and a west wing. In the courtyard, along every wing, wooden pillars were built. The entrance gate was placed in the south wing. The king, who held a large and numerous court, could not cope with the conditions of the formerly modest castle. Together with his wife, Queen Bona, he stayed very frequently in Niepołomice. At the Queen's initiative – and in her name – a large Italian-style garden was erected south of the castle. The buildings themselves were erected in the Renaissance style and in the form they have preserved to this day. A fire around 1550 destroyed some of the buildings, but they were rebuilt in the same style during 1550’erne and 1560’s.
The daily users of the remodeled castle were the Branicki family, who acted as starlings and as such managed the castle. However, the significance of the castle in Niepołomice diminished after the move of the capital from Krakow to Warsaw.
In 1772 – after the first division of Poland – the castle came into Austrian hands. Due to significant damage to the buildings, the military authorities made a number of changes in 1785, including the height was reduced by 1 floor. 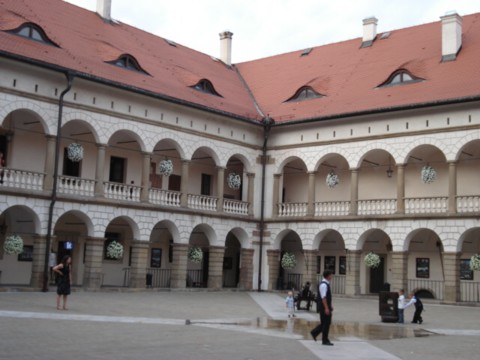 For a short period, the army used the castle as barracks. During the 19th century. The castle buildings contained various institutions, hospitals, commercial premises, etc. After the Second World War, various studies were carried out on the buildings for preservation, but an actual renovation was awaited.
In 1986, the castle was inscribed in Kraków county register of conservation-worthy buildings. In 1991, the castle of Kraków County was handed over to Niepołomice municipality – ie. the castle buildings and the former park of 3 ha. In 1995, with the help of a committee for the renovation of buildings in Kraków, the municipality managed to raise enough funds to begin a basic renovation of the castle. In 1996, the west facade was renewed and partially reconstructed; the courtyard was renewed just as the cellars were cleared and secured. In 1997, the municipality created the Fund for the Royal Palace in Niepołomice, which a year later took over the castle and the associated green areas from the municipality. The fund's purpose was to continue renovation and maintenance, as well as preserving the castle and its surroundings for generations to come. After extensive work, the reconstruction was completed in 2007, after which the castle's appearance with its former splendid appearance.
Today, concerts and art exhibitions are held in the castle, as well as conferences and private companies. Buildings include a hotel, a restaurant, a museum section and the Royal Palace of Niepołomice’s premises. 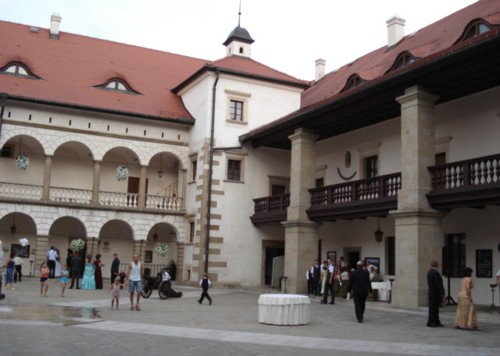 The Church of the Ten Thousand Martyrs
The parish church of the city was founded by Kazimierz Wielki in 1349 and consecrated in 1358. It is a Gothic building with two sacristy and chapels. The southern chapel, held in the Renaissance style, was donated by Jan Branicki in 1596. On the opposite side of the church is the Baroque-style Lubomirski Chapel. The whole church is adorned with stucco. The gate in the church wall is in the Renaissance style. The church archive contains many old ecclesiastical documents as well as documents from the royal court. 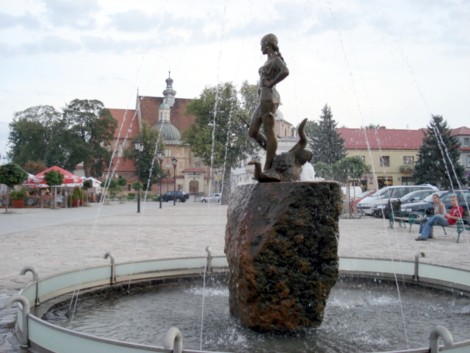 The square with the fountain and the church in the background

City Hall
is a neo-Gothic building built in 1903 by drawings by architect Jan Sas-Zubrzycki. In the centenary of the construction, the town hall was renovated. 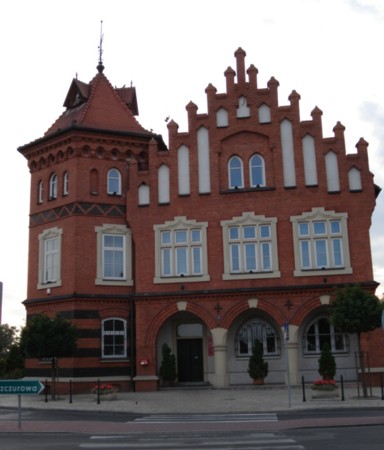 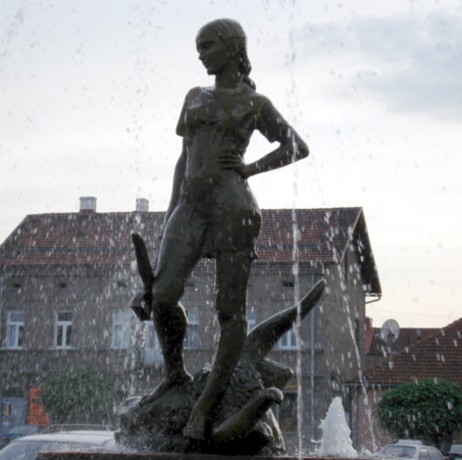 The fountain in the square with a statue of Diana, the hunting goddess 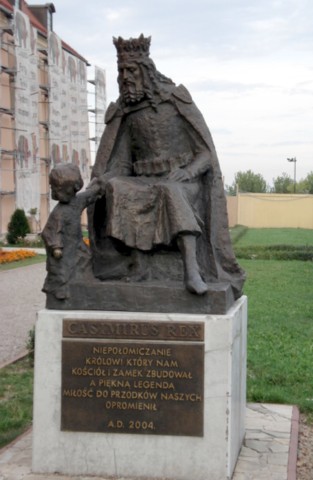 The statue of Kazimierz Wielki, erected by the townspeople as a thank you to the king who built the castle and thus founded the city

Niepołomice Forest
For many centuries, thus in the early Middle Ages, the city's environs were covered by almost impenetrable forests, reaching almost from Krakow to Sandomierz. In recent times, the utilization of the forest, tree felling in order to build villages and to cultivate the land as arable land, meant that only a few smaller forest areas remained. One of the largest areas was the western part, now called the Niepołomice Forest (Puszcza Niepołomicka). But here too, the individual forest areas as well as the open areas were significantly changed over time through human intervention. The largest contiguous part of the forest now covers 110 km2. The forest is a popular excursion destination for walkers, mountain runners, mountain bikers and equestrian sports.

Niepołomice – with practical information for tourists 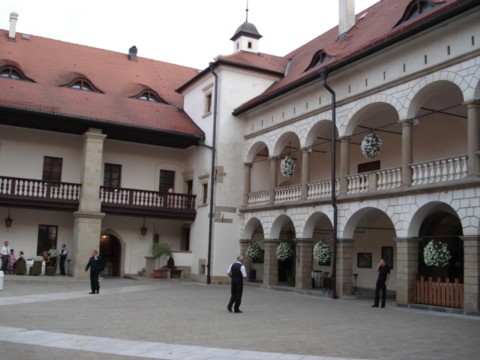 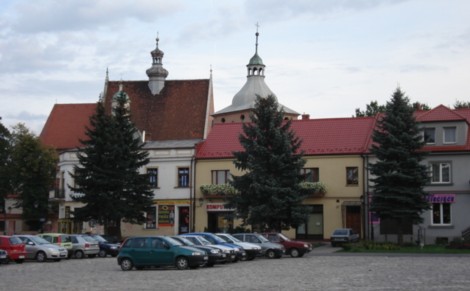 From the square in Niepołomice. In the background, the church is seen 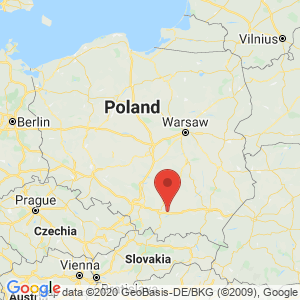