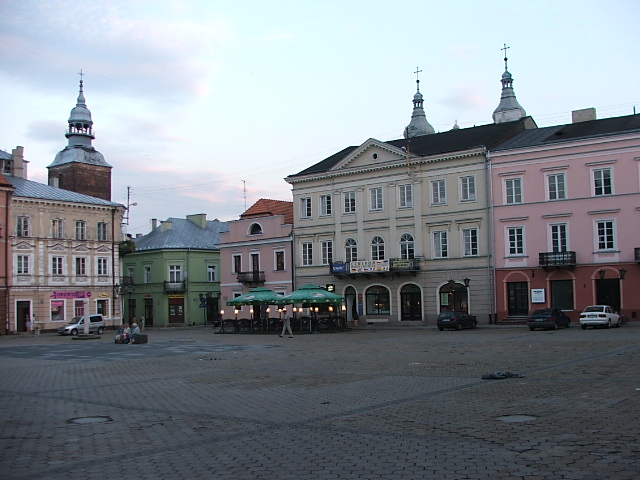 Piotrków Trybunalski is located in the central Łódź region, southeast of the main city of the same name. Immediately east of Piotrków Trybunalski is a larger area designated as a landscape park (Sulejowski Park Krajobrazowy, including an elongated lake (Jezioro Sulejowskie). (See also: Sulejów ).
Piotrków Trybunalski is mentioned at the earliest in a source from 1217 (which, incidentally, related to the nearby Cistercian monastery in Sulejów). The first part of the city name goes back to the name of the probable founder of the city: the Polish great Piotr Dunin Włostowic (some sources, including the chronicle Długosz, also claim that this genus originated in Denmark). The second part of the city's name is due “Trybunał Koronny” (“Crown Tribunal”), the highest court (appeals court) for the nobility of the then Polish state, introduced in 1578. The Crown Tribunal met in Piotrków from 1578 until the division of Poland at the end of the 18th century. – and in other cities: Lublin, Łuck, Wilno, Nowogródek and Mińsk.
Piotrków was recognized as a market town in the early 1300s and probably even earlier; unfortunately, the documents relating to the city were lost during a fire around the year 1400 that destroyed both buildings and part of the city wall erected in the second half of the 14th century.
In the 15th and 16th centuries. began the general meetings of the Polish nobility in Piotrków, as well as the meetings of the Sejm (National Assembly) and later the meetings of the Krontribunal (see above). In 1404 King Władysław Jagiełło affirmed the city's former marketplace privileges and provided guarantees for Piotrków’s autonomy and the king's support for the city. In Piotrków, for the first time, the Crusaders' Grand Masters officially recognized the supremacy of the Polish state.
At a general meeting convened by King Jan Olbracht to be held in Piotrków in 1493, the final determination of the structure of the Polish National Assembly took place, namely as a Chamber of Deputies and a Senate. At this time, Piotrków thus functioned in a sense as Poland's second – political – capital. The 15th and 16th centuries. was the best time in the city's history; at the end of the 16th century. the population had grown to over 3000.
The city's recession began in the 17th and 18th centuries. with the wars with Sweden as well as fires, especially a great fire in 1786 that destroyed much of the old city. The majority of the city wall was demolished before 1827. At the transition between the 17th and 18th centuries. however, the Jesuit College arose, educating the noble youth from much of the country.
After the partition of Poland and until World War I, Piotrków was under Russian rule; during this period the city gained a renewed importance as a seat for the local authorities in the Piotrków Government established in 1867. A Warsaw railway passed through the city and between the railway line and the old town a new center was formed; the population grew to 40,000.
During World War I, Piotrków was under Austro-Hungarian occupation. The city became the center for a renewed, patriotic enterprise and recruitment of personnel to the Polish Legions. Here was the Legion's headquarters and the National Committee's War Department.
In New and Free Poland after 1918, Piotrków was the regional capital of Łódź County, but otherwise lost its former administrative and political significance.
During World War II, Piotrków was the center of a well-organized resistance struggle against the occupying forces. As a result of the German occupation, the city suffered human losses of approx. 30% of the population as a whole and almost 100% of the Jewish population.
From 1945 to 1975, Piotrków was a district town in Łódź County, from 1975 to 1999 it was the capital of an independent county, after which Piotrków returned to his district town status, but with rich, political and cultural traditions.

The old town of Piotrków Trybynalski was surrounded by a defensive wall between the 14th and 15th centuries, the remains of which can still be seen.

Borgen:
The castle was built in 1511-1519 as the residence of King Zygmunt the Old in connection with Sejm’one's collections in Piotrków. This Renaissance building has an atypical shape like a tower. On the castle, the king received senators as well as representatives of other countries' governments. Near the castle were buildings with meeting rooms for the Chamber of Deputies and the Senate, as well as a house where the Queen could reside. Today, the castle is the seat of a regional museum.

Pałac Bykowskich:
This castle was created in 1604 by a redevelopment of the former Gothic castle building on the site. It was owned in the 15th-17th century. of the genus Bykowski. 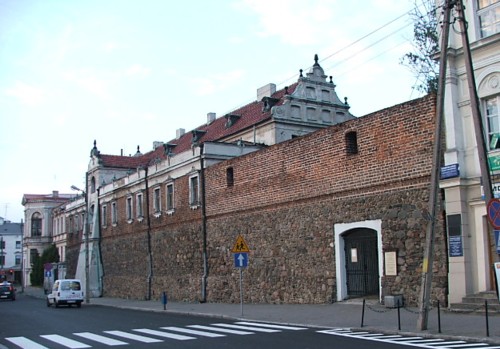 Because of this location, which met with great resistance in the city, this part of the city wall has been preserved. The Baroque-style monastery, together with the old city wall, offers a picturesque view of the city center. 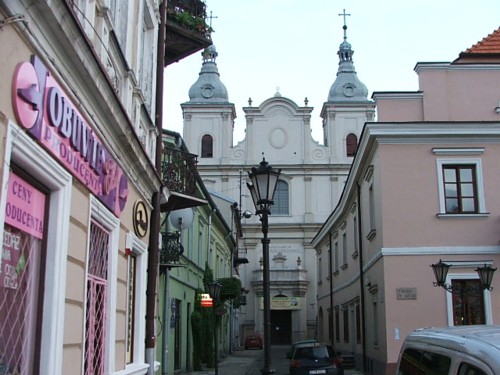 The picture is painted on wood around 1600; in the 17th and 18th centuries. the picture was hung in the chapel of the town hall at the times when the court (Trybunał Koronny = “Crown Tribunal”) held its meetings.

Former Jesuit monastery building:
The building of this monastic complex, including St. Franciszek Ksawery Church and the College, was begun in 1695 and continued all the way to the abolition of the Order in 1773, interrupted only by acts of war and fires. 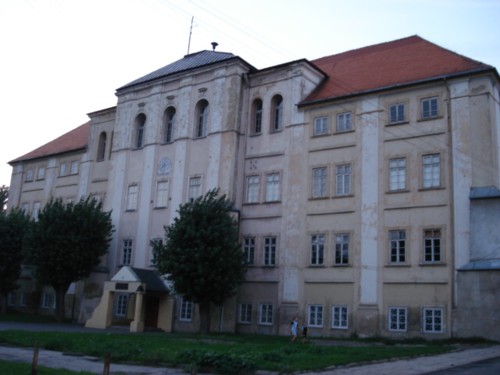 St. James's Church:
St. Jakob's Church is a Gothic building with a church ship from the 2nd half of the 16th century and a massive tower from the beginning of the 15th century. as well as chapels built in the 15th and 17th centuries. At the main altar is the Sengotic image “The sleepy Godmother”, painted before 1520 in Kraków and honored to the parish church in Piotrków by Queen Bona. 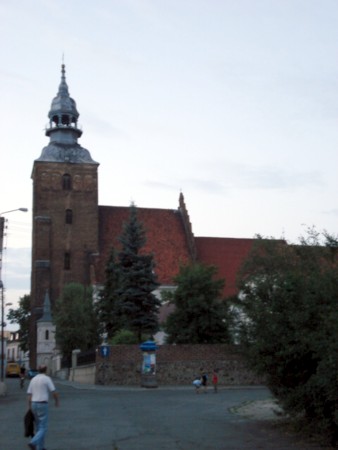 The Church of St. James was of particular importance in the 15th and 16th centuries, as the collections of the Sejm in Piotrków and later the meetings of the Krontribunal (until 1792) were all initiated with a feast of worship in this church. 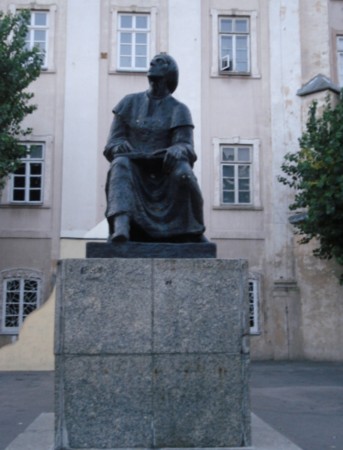 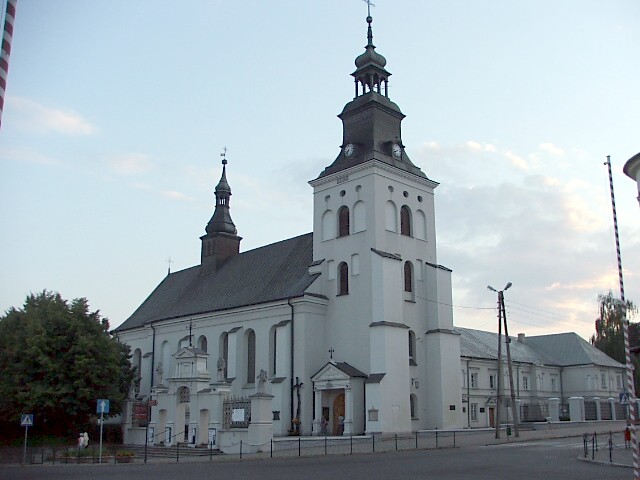 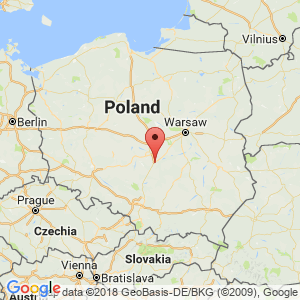