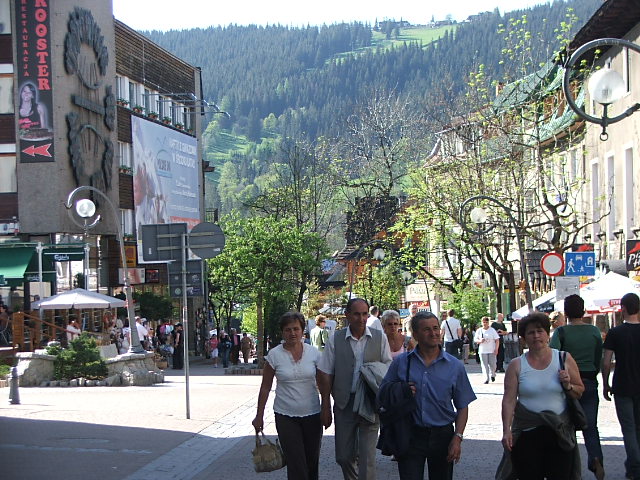 Zakopane. From Krupówki street with a view to the mountains

Zakopane, picturesque in the Tatry Mountains in the southernmost part of Małopolska, near the Slovak border, is the largest tourist center in Poland and is called the winter capital of Poland. The town is located in a lowland at the foot of the High Tatry. The center of the city is at an altitude of 838 meters

Around 1500, some small settlements began to emerge in the otherwise deserted area where Zakopane now lies. Little is known about the city's origins, but traditionally it is linked to a certain letter of rights to the villagers of 1578. Already in the 15th century. the Tatra Mountains searched for precious metals, such as gold and silver, but also copper, but without any major benefit. Only in the 18th and 19th centuries. interest in iron deposits in the area and the extraction of this metal was of great importance to the development of the then small village. 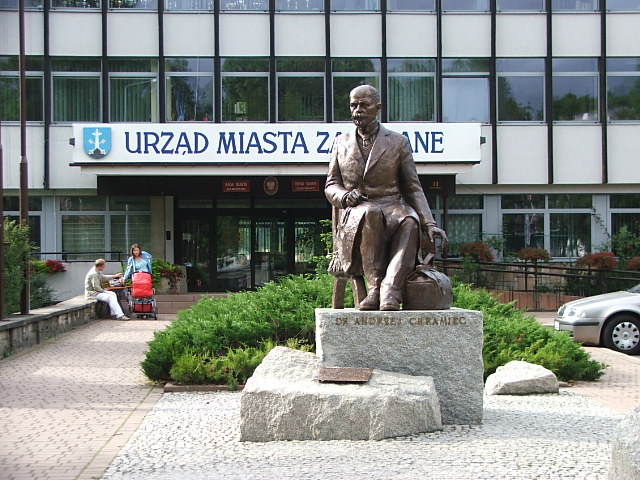 Statue of Andrzej Chramiec in front of Zakopane City Hall. Doctor Chramiec (1859-1939) was the first “Góral” (local mountain resident) who received an academic education. He made a significant effort for the city in several ways

Zakopane developed as a tourist town in the second half of the 19th century. The first hotel: “Pod Giewontem” was built in 1885. Significance for the development also had the railway line from Chabówka to Zakopane (1899) and thus the opportunity to add and use other than local building materials as well as of course the rapidly increasing number of people who stayed in the city for a short time. In 1899, the wood-built houses burned at Krupówki Street, giving the opportunity to create a central area in the city.

View of Zakopane from the east (Cyrhla)

The city has tourists visiting all year round. In the summer the mountain hikers are flocked here and in the winter the skiing enthusiasts flock to. 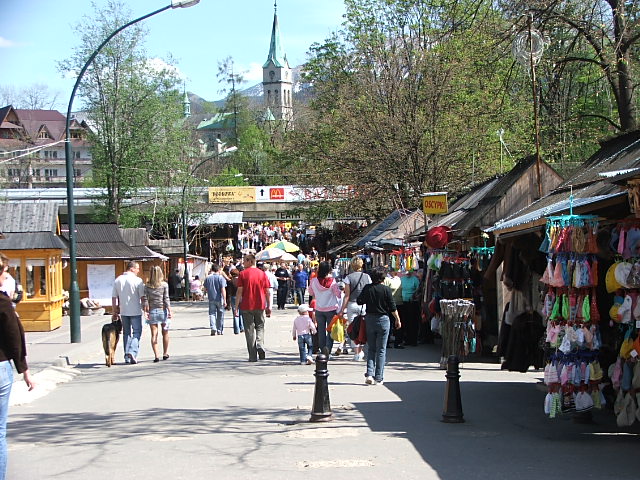 From the market in Zakopane

Krupówki
The main street, the pedestrian street Krupówki is almost always filled with people. Here you will find interesting examples of the mountain people's building style, not least along the streets of Kościeliska, Krupówki and its side streets. 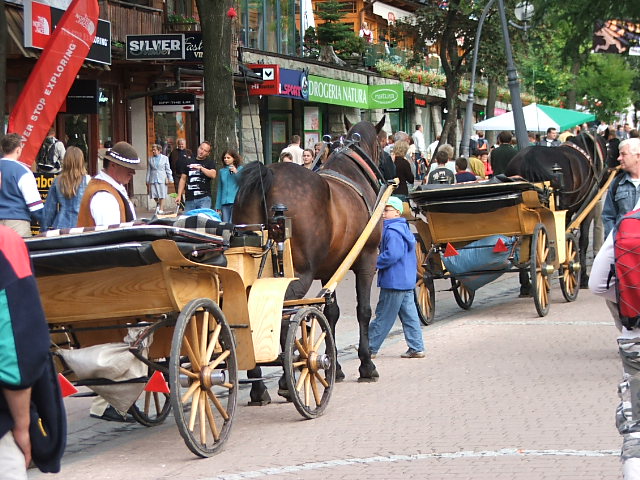 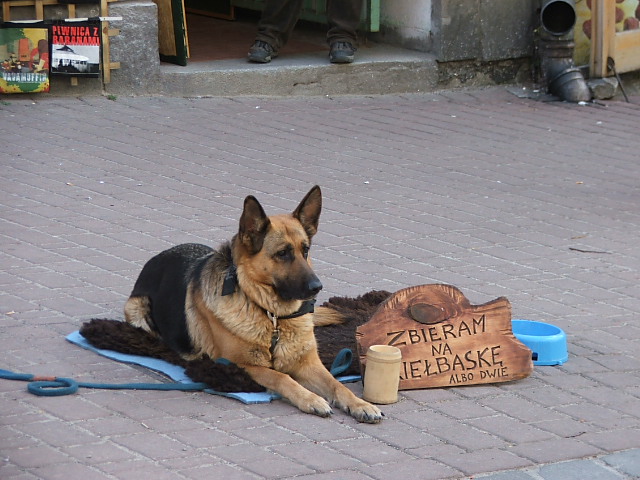 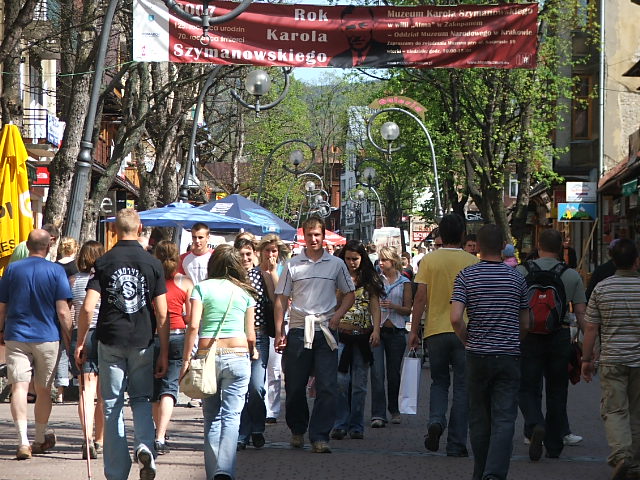 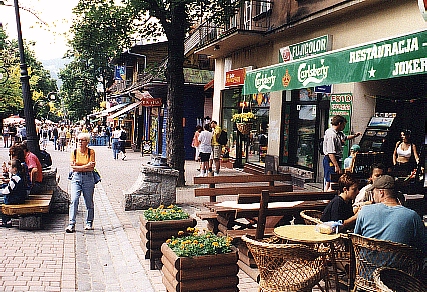 Zakopane. From the Krupówki Street, the city's main pedestrian zone

The old church
by ul.Kościeliska was built of wood in 1845-51 and was the first parish church in Zakopane.

The old cemetery
by ul.Kościeliska, the oldest cemetery in Zakopane and the last resting place for several well-known writers and artists.

Kaplica Witkiewicza
Just east of the city, in the Jaszczurówka locality, lies one of the most beautiful buildings in Zakopane, a wooden church erected in 1908 by drawings by Stanisław Witkiewicz, the father of the famous painter and author Stanisław Ignacy Witkiewicz. 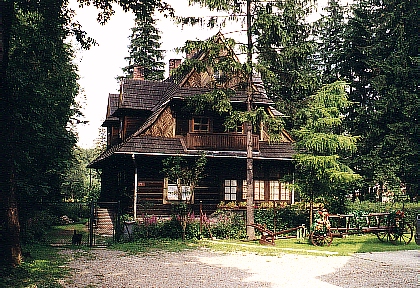 Tatry Museum
In the Tatry Museum, Muzeum Tatrzańskie (ul. Krupówki 10), one can get acquainted with the folklore and culture of Podhale, which this area is also called. 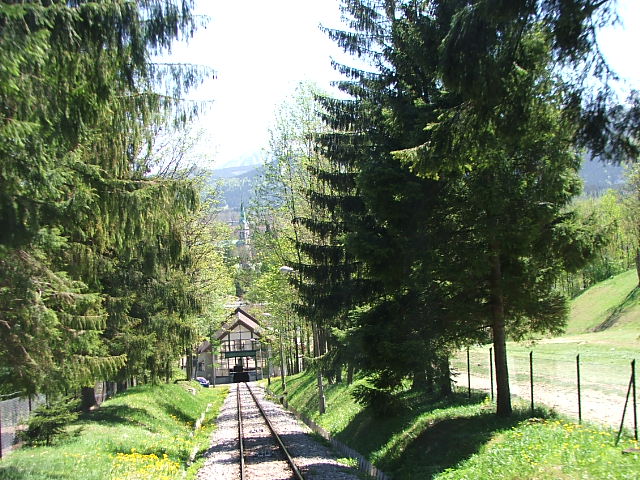 From the mountain track up to the top of Gubałówka

Giewont
South of the city is the nearest mountain Giewont (1894 meters above sea level). 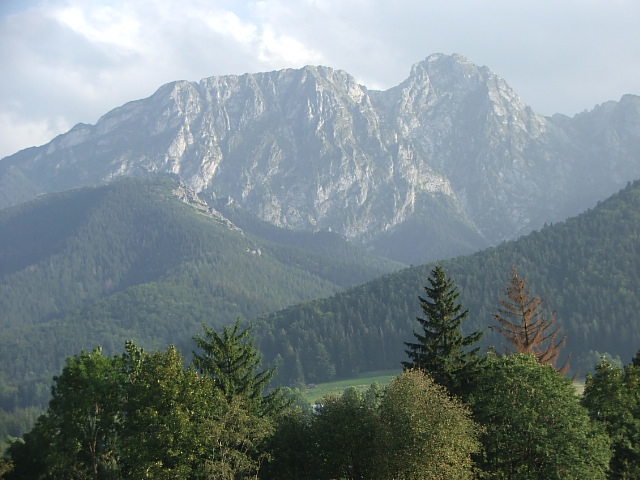 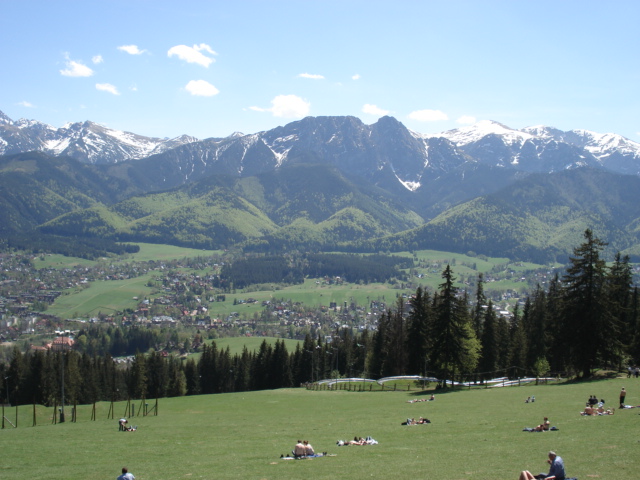 Zakopane is the starting point for numerous hiking routes and – in winter – for skiing excursions in the Tatra Mountains.

Morskie Oko
(the name means: The eye of the sea) is the largest and best known mountain lake in Tatry, situated at an altitude of 1395 m. The lake has emerged after the ice age and has an area of 34.9 ha, a length of 862 m and a width of 566 m ; the deepest place is 50.8 m. At the lake shore a hostel has been built. A very popular excursion destination. 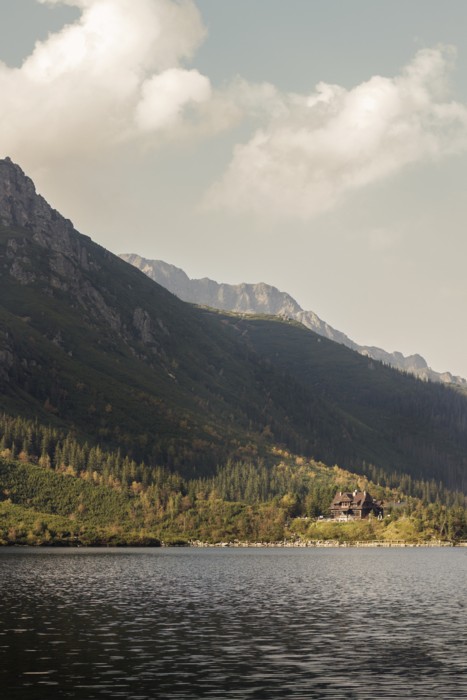 Chochołów (19 km NW of Zakopane)
is a village made up almost exclusively of original mountain houses (domy goralskie). It is very similar to an open-air museum, but is a vibrant village where the regional-style houses are preserved. Should be visited alone due to the architectural experience. Near Chochołów there is a border crossing to Slovakia in Sucha Hora. Historically, the village is known from the Chochołów uprising in February 1846, when the inhabitants of a number of villages rose against the Austrian authorities. 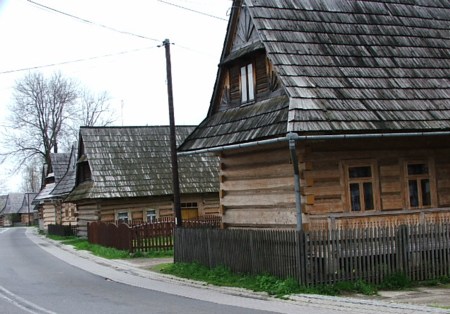 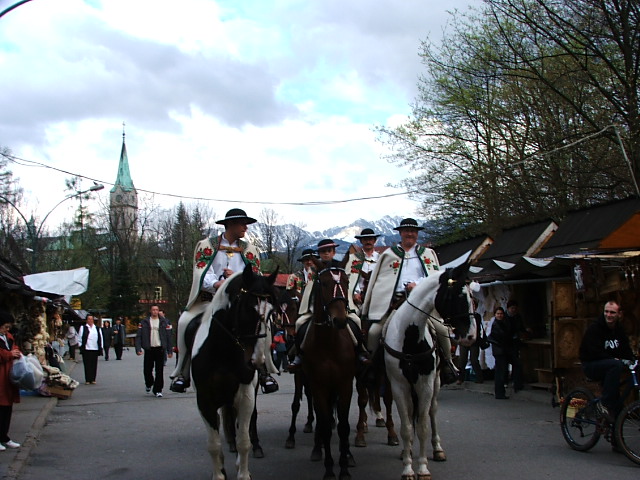 Riders in local folk costumes on the market in Zakopane 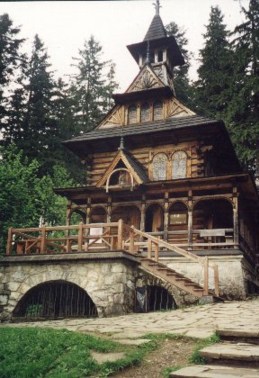 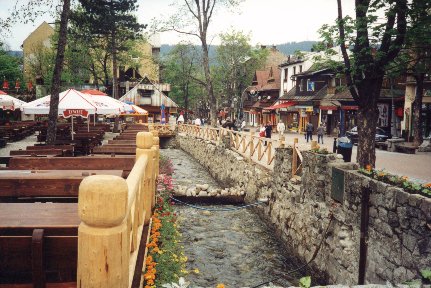 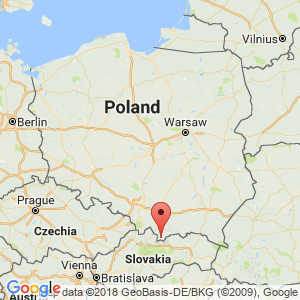