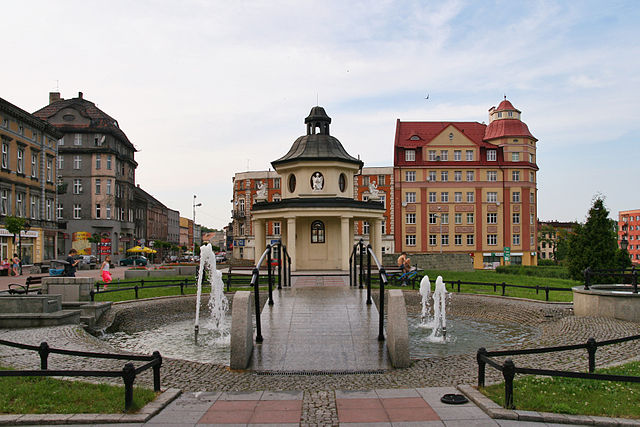 Mysłowice is located in Upper Silesia in southern Poland – in the southeast of the large industrial and urban area known as the Katowice area.

The first known document that mentions the town of Mysłowice dates from 1360; at this time the area was under Czech rule. Later, the city came under Austrian rule. From 1764 the city was part of Prussia.
The iron industry in the area dates back to the 16th century. In 1788, the first coal mine in the city arose.
The city boundary has always been marked by the river Przemsza, which also came to mark the boundary between the states of the 18th century. conducted a division of Poland. The place where Czarna Przemsza and Biała Przemsza run together to form Przemsza became known as the Triangle Emperor; Here the border between Prussia, Austria and Russia went.

Church of the Holy Cross
This parish church is known since 1590. However, the building in its present form dates from 1810.

Virgin Mary's Birth Church
This branch church dates from the second half of the 13th century, but is after the destruction of the 16th century. rebuilt in Renaissance style.

City Hall
The current home of the city administration is listed in 1866-68 as a replacement for a former town hall.

Bracki hospital with villa
The hospital, which belonged to the Bracki company and thus was intended to improve the health conditions of the local miners, was built approx. 1856. The villa is from 1902. 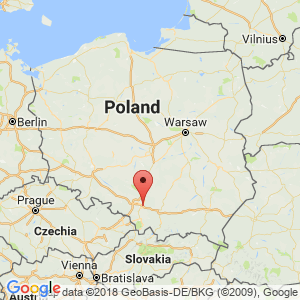